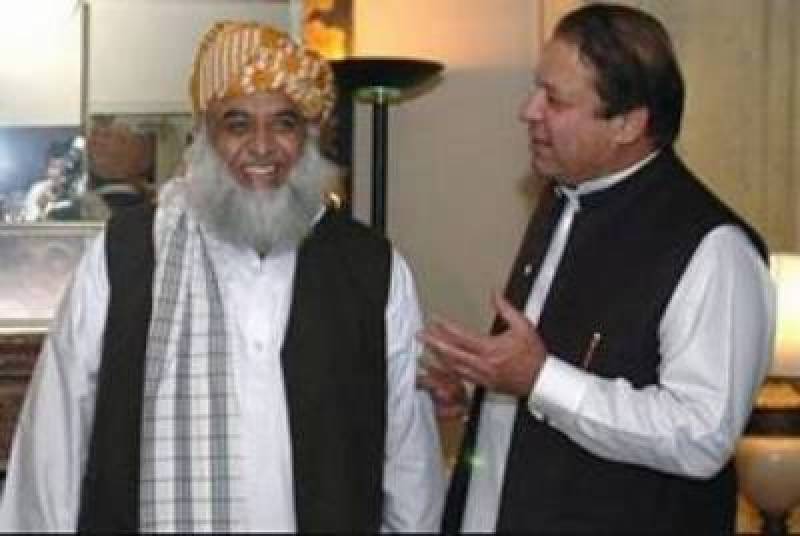 According to media details, the JUI-F chief will meet Pakistan Muslim League-Nawaz (PML-N) supremo to inquire him about his health as Nawaz is under treatment at the hospital due to fluctuation in his platelets count.

The JUI-F chief will also brief Nawaz Sharif over the anti-government ‘Azadi March’ and both the leaders will also discuss the ongoing political situation.

On the other hand, doctors said that teeth filling of the former PM was carried after he witnessed blood from his gums.

A two-member bench comprising Justice Amir Farooq and Mohsin Akhtar Kayani announced the verdict on an appeal filed by Shehbaz Sharif, president of Pakistan Muslim League-Nawaz (PML-N), seeking suspension of his brother’s sentence due to his deteriorating health condition.

The court ordered to submit two surety bonds worth Rs2 million each. It further said that the former premier should approach the Punjab government for extension in bail if his health condition remains unstable.

The court in the same case had granted the former premier bail on Saturday and adjourned the hearing for Tuesday.

The PML-N supremo was shifted to Lahore’s Services Hospital last week from a detention facility of the National Accountability Bureau, which had taken the custody of him in the Chaudhry Sugar Mills case, after his health deteriorated.

The Lahore High Court (LHC) had also approved his bail in the sugar mills case on the medical grounds last week.