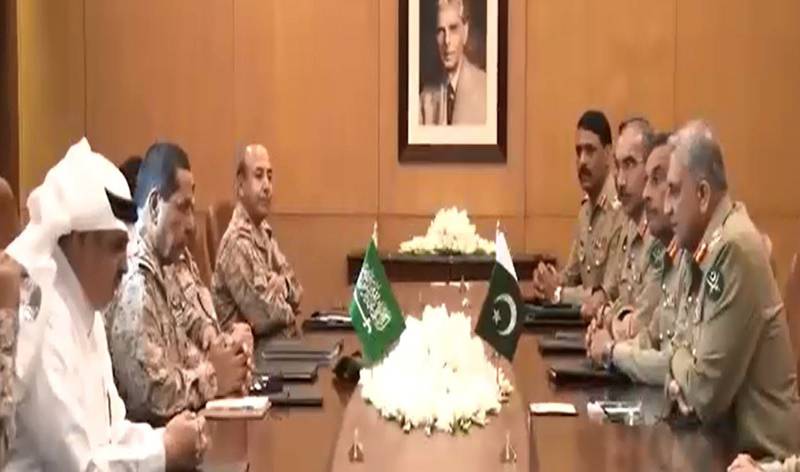 According to the military's media wing, Inter-Services Public Relations (ISPR), matters of mutual and professional interests, including regional security situation were discussed during the meeting.

The COAS affirmed the Pakistan Army’s support towards capacity building and training of the RSLF.

The visiting dignitary expressed his appreciation for the Pakistan Army’s professionalism and efforts towards regional stability.

Earlier on arrival at GHQ, the RSLF Commander laid a wreath at the Yadgar-e-Shuhada and was presented a guard of honour.