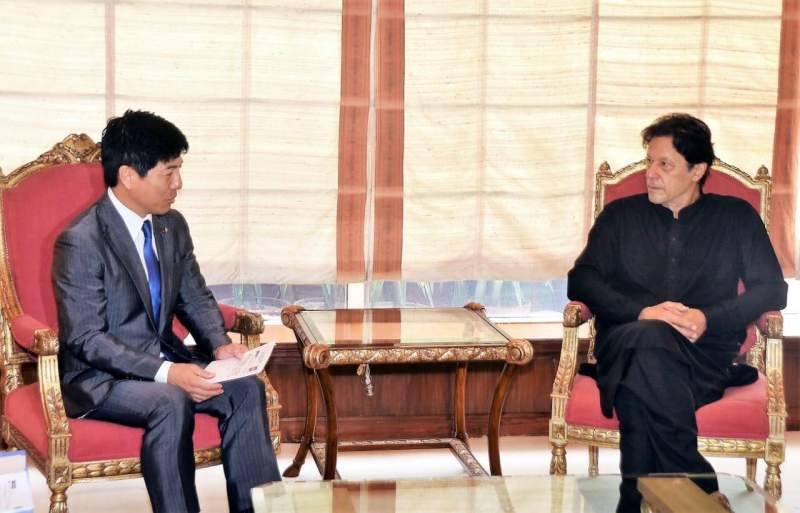 The minister congratulated Imran Khan on assuming the office and conveyed his good wishes for steering the country and conveyed Japanese Prime Minister Shinzo Abe’s commitment to work closely with the newly elected PM.

The premier welcomed the State Minister for Foreign Affairs on his visit to Pakistan and recalled the decades' long relations between Pakistan and Japan. He conveyed Pakistan’s commitment to enhancing bilateral economic cooperation through facilitating Japanese businesses.

During the meeting, bilateral relations and other issues of mutual interest came under discussion. 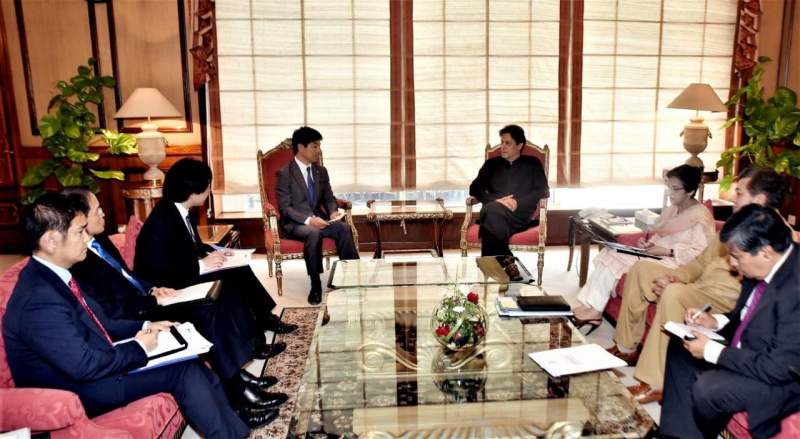 The avenues of multi-faceted cooperation between the two sides, including cooperation in education and health sectors as well as skill enhancement of the youth, were discussed.

The Japanese Minister expressed the strong desire of the government of Japan to strengthen the existing friendly relations between the two countries based on a long history of economic and development cooperation.

The PM also expressed the desire to work closely with Japan to expand bilateral cooperation in all areas, particularly in trade, investment, economic and human development.

PM Imran recalled that JETRO in its 2018 report has recognized Pakistan as one of the top friendly destinations for Japanese investment and acknowledged the role of economic assistance provided by Japan in social sector projects.

The human resource development is a priority of his Government. Pakistan sought support in the education sector, science, technological cooperation, and vocational training said, PM Khan.