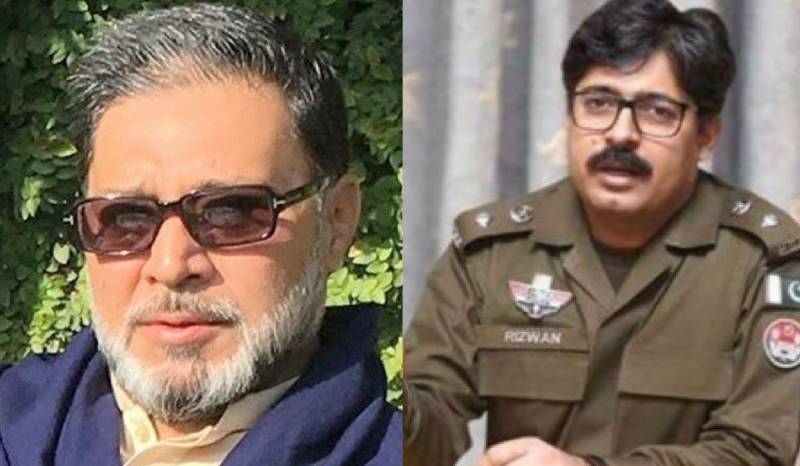 The apex court had also summoned Ibrahim Maneka, Khawar Maneka's son and Ahsan Jameel Gujjer, the son of a sitting Pakistan Muslim League Nawaz lawmaker, Iqbal Gujjer to the court on Monday after the trio failed to show up before the court today.

During the hearing of a suo motu notice of the transfer of the police officer following an alleged altercation with Khawar Maneka, the top court expressed its dismay over the mechanism of transfer.

"What is this case? For the past five days, the whole nation has been discussing it." remarked the chief justice as he started the hearing.

"I keep repeating this, we want an independent police force," he observed.

Justice Nisar continued that if the transfer was made on the request of the chief minister or the person sitting next to him then this was not his right.

The CJP also inquired where Jameel Gujjar and Khawar Maneka were.

"Why was the DPO asked to visit Maneka's house to apologize and why was he transferred at 1 am in the night?" Justice Nisar asked.

Justice Ijazul Ahsan remarked in clear terms that the court will not tolerate political interference or influence.

Punjab's police chief Kaleem Imam defended the transfer of Rizwan Gondal before the top court and claimed that it was an institutional activity.

'I was not under any pressure for the transfer of Rizwan Gondal,' claimed the top cop.

He continued that through the reports forwarded by special branch and other allied institutions, it came to the light that Rizwan Gondal was providing factually incorrect information.

'Transferring an official is not tantamount to punishment,' said the police head.

The chief justice also reprimanded the police chief and instructed him to lower his voice.

The top judge pitched a point-blank question to the IGP Punjab whether he asked the DPO to meet the Chief Minister?.

Kaleem Imam revealed before the court that the girl walking on the road was misbehaved with.

Upon this, Mian Saqib Nisar remarked that a lady was walking on the road, what's wrong if the police inquired her.

The police chief expressed that the lady was walking on the road at 12-1230 midnight.

The chief justice flayed the police chief and told him that he should not instruct the bench.

'We will summon secretary establishment and will transfer you,' warned the top judge.

'If you issue factually incorrect statements, you will not return from the court as the IGP of the province,' clarified the chief justice.

Rizwan Gondal was asked to speak up and clarify his position over the matter following which the policeman revealed a series of events that preceded his transfer.

Rizwan Gondal told the bench that he received a call from Haider, the PSO to the Chief Minister, instructing him to meet Usman Buzdar before 10 pm on the same day when the altercation took place.

'I told the incident to my Regional Police Officer (RPO) Sahiwal and forwarded the details to IGP as well,' continued Gondal.

The police officer said that Usman Buzdar introduced Ahsan Jameel Gujjer as his brother who then inquired about the conspiracy being hatched against the Maneka family.

'The Elite force officials were abused,' revealed the police officer.

He dropped a bombshell by stating that according to the PSO, his transfer was ordered by the Chief Minister, Sardar Usman Ahmed Buzdar.

Upon this, Mian Saqib Nisar remarked that if the transfer was on the behest of the chief minister, then it was illegal.

'If the transfer was ordered at the hands of the person sitting next to the CM, it is unfair,' observed the judicial bigwig.

He also inquired as to why the DPO in question was told t tender an apology.

Justice Ijaz ul Ahsan wondered about the individual based out of Pakistan, who sent a message.

'A message was delivered through one of our friends,' replied the former DPO.

He argued that as a DPO he refused to tender an apology to Khawar Maneka during an interaction with Ahsan Jameel Gujjer.

'Phone calls were made from the house of Khawar Maneka that those who intercepted the lady would be picked up,' divulged Rizwan Gondal.

Gondal continued that as per the PSO, the IGP was instructed that he should not be the DPO of Pakpattan by 9 Pm in the morning.

'The RPO was also summoned at 1230 am,' said the police officer.

The Khawar Maneka-police faceoff has also endangered the office of Chief Minister Usman Buzdar as the top judge has warned to explore Article 62(1)(f) of the constitution over the role of Buzdar in the case.

'How can Article 62(1)(f) of the constitution be enforced in the case,' remarked the judge and hinted that Makhdoom Ali Khan can be appointed as amicus curiae (judicial assistant) in the case.

Shariq Kamal Siddiqui, the Regional Police Officer of Sahiwal was also asked to clarify his position on the matter.

Shariq, who had faced politically motivated transfer during the last stint of PML-N, expressed that Khawar Maneka was stopped at the checkpoint but he did not comply with the orders.

'Khawar Maneka misbehaved with the police officers,' asserted the policeman.

The CJP inquired whether the IGP Punjab did not advise against visiting the office of the chief minister to which the RPO replied in the negative.

The apex court was also apprised about the role played by a colonel of Inter-Services Intelligence (ISI) in the case.

The bench was left shocked when former DPO Rizwan Gondal revealed that Colonel Tariq of ISI from Faisalabad also made a telephone call to him, asking him to appear before Khawar Maneka and tender an apology.

The hearing was adjourned till September 3.

A three-member bench of the apex court headed by Chief Justice of Pakistan Justice Mian Saqib Nisar had summoned the police bigwigs including Rizwan Umar Gondal, Inspector General Punjab Police and the Regional Police Officer in a personal capacity to court.

Reports of Gondal’s transfer stirred a controversy earlier this week, as reports were rife that the transfer was politically motivated.

IG Punjab, however, denied that Gondal was transferred owing to the Khawar Maneka controversy.