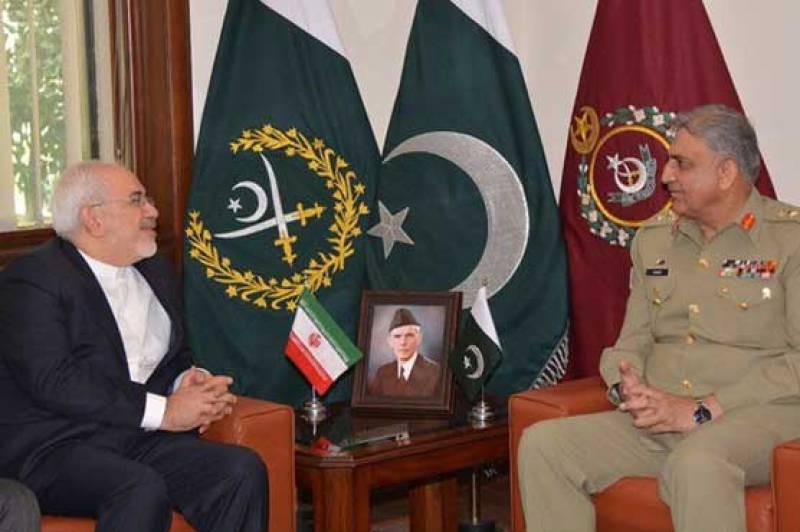 RAWALPINDI - The Chief of Army Staff (COAS) General Qamar Javed Bajwa has told the Foreign Minister of the Islamic Republic of Iran Mohammad Javad Zarif that Pakistan is taking sincere steps for peace and security in the region.

The COAS made these remarks when the Iranian foreign minister visited the army’s general headquarters in Rawalpindi on Friday and met him, according to the Inter-Services Public Relations (ISPR).

The ISPR said that regional security situation and other matters of mutual interest were discussed during the meeting.

The visiting dignitary acknowledged and appreciated Pakistan’s contributions for conflict prevention in the region.

Earlier in the day, the Iranian foreign minister, who is currently on a two-day official visit to Pakistan, held detailed talks with the Foreign Minister Makhdoom Shah Mahmood Qureshi in Islamabad.

During the meeting, both sides underlined the need to promote Pakistan-Iran bilateral relations in all areas of cooperation.

Detailed discussions were also held on regional and global issues including the situation in Afghanistan, and the US’s decision to unilaterally withdraw from the Joint Comprehensive Plan of Action (JCPOA).