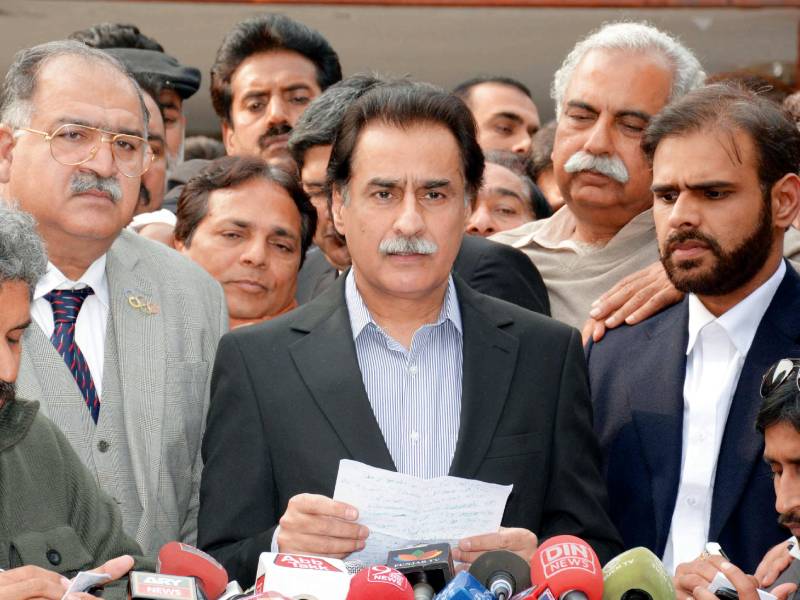 ISLAMABAD - Pakistan has decided to boycott the upcoming session of the Inter-Parliamentary Union (IPU) assembly slated to begin in Bangladesh from Saturday due to fraught relations between the two countries.

'It is with regret and disappointment that the Parliament of the Islamic Republic of Pakistan has decided not to participate in the 136th IPU Assembly, which is due to begin from April 1 in Dhaka (Bangladesh),' declared National Assembly Speaker Ayaz Sadiq through an official announcement.

Pakistan had to participate in international parliamentary moot through a  10-member delegation headed by speaker Ayyaz Sadiq.

Sources privy to the developments believe that Pakistan took the extraordinary decision after reports of the Pakistan’s High Commission in Dhaka and the Ministry of Foreign Affairs advising Pakistan to avoid participation in the purview of prevailing environment.

Bangladesh also observed 'Genocide Day' in the country to mark the launching of a military operation in 1971 by the Pakistan Army when it was a part of Pakistan before Dhaka fall. The Bangladesh government has also reportedly decided to formally ask the United Nations to declare March 25 as the ‘World Genocide Day’.

In his statement speaker Ayyaz Sadiq cited malicious and uncalled for propaganda and the unfriendly attitude of the Bangladesh government against the people and the state of Pakistan as a reason for missing the moot.

'The members of the National Assembly and I have noted with dismay and disappointment the continuing actions and negative public statements of the leadership, public officials and media of Bangladesh despite Pakistan’s restraint and overtures to the country. I have, therefore, decided not to travel to Bangladesh as a visit at this point will not serve the purpose,' Mr Sadiq said.

The speaker was of the view that Pakistan always bolstered Bangladesh and quoted Pakistan's support to the neighbour regarding elections for the post of chairperson of the executive committee of Commonwealth Parliamentary Association.

With votes of 10 Pakistani members, the speaker of Bangladesh Dr Sharmeen Chaudhary won the post although there were 78 votes against him and without the 10 crucial votes by Pakistan, Bangladesh would not have won the slot.

Moreover, Bangladesh’s candidate Abdul Sabour Chaudhry was voted by Pakistan to become IPU president in 2014   however, according to Sadiq, Bangladesh did not reciprocated the friendly gesture in the same coin.

The Speaker also noted that the speaker of bangladesh did not visit pakistan despite pakistan's repeated invitations.

The speaker, nevertheless, conveyed his most sincere wishes to the people and the parliament of Bangladesh.