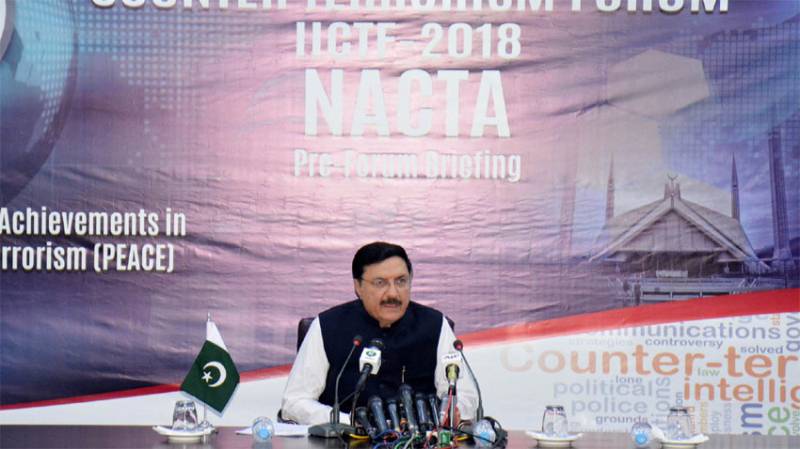 "IS had a significant presence in Afghanistan, which threatened a spillover into Pakistan," said the officer as he addressed a press conference in connection with a security-related event.

The Nacta chief observed that the situations in the countries around shaped the regional environment and a bad situation in a country affected its neighbours as well.

The security czar maintained that we could not isolate ourselves from the situation in Afghanistan hastening to add that fencing of the border with Afghanistan would make a difference.

He asserted that according to intelligence reports, Pakistan was targeted by Afghanistan-based terrorists adding that there were also reports about the involvement of Afghan refugees in terrorist activities.

To a question about granting extensions to the Afghan refugees to stay in Pakistan, Mr Ghani replied that the government could not take a unilateral decision and had to consult other stakeholders on the issue.

"The policy of forced evacuation of Afghan refugees in the 1990s did not work. Those who were sent across the border in trucks managed to come back again" observed the official.

The NACTA head briefed that a three-day conference titled “Islamabad International Counter-Terrorism Forum” would be organised from April 3-5.

The theme of the conference this year is “Pakistan’s endeavours and achievements in countering extremism and terrorism (Peace)”.