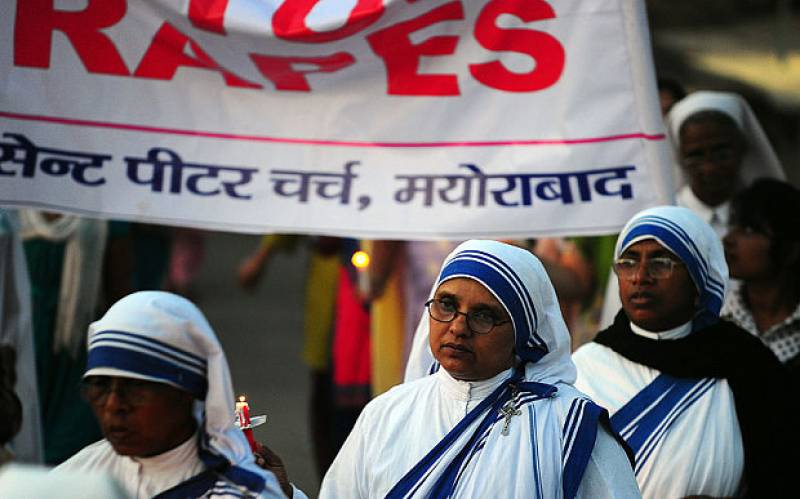 KOLKATA (Web Desk) - Indian police on Wednesday made four more arrests in connection with the rape of an elderly nun in West Bengal state.

Police said the four men were all Bangladeshi and were being held in the northern state of Punjab. It takes the number of arrests in the case to six.

Six alleged attackers were caught on CCTV as they burgled the convent before the 74-year-old woman was raped.

The incident caused outrage in India and led to street protests in many cities across the country.

It is still not clear whether the men who have been arrested so far were those caught on camera.

Senior West Bengal police official Dilip Kumar Adak told the AFP news agency the four men resembled the photographs and sketches of the suspects which had been circulated.

Last week, the police said they had arrested two men in connection with the case. One of them was held in the western city of Mumbai.

Mr Adak said police had identified all eight people who broke into the convent in Ranaghat town on 14 March.

The attackers ransacked the convent school and stole money. The nun was then raped in the convent itself.

The men also stole money from the school, vandalised the chapel, broke open the tabernacle and took away the ciborium, the sacred vessel used during Mass.