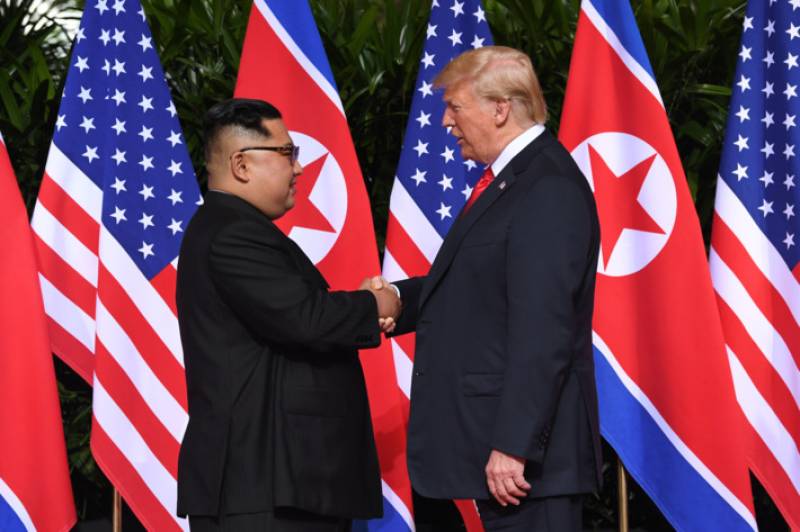 WASHINGTON - US President Donald Trump reaffirmed Friday in a meeting with his South Korean counterpart Moon Jae-in that he wants a second summit with North Korea's leader, the White House said.

Trump and Moon, meeting on the sidelines of the G20 summit in Buenos Aires, "reaffirmed their commitment to achieving the final, fully verified denuclearization" of North Korea, Trump spokeswoman Sarah Sanders said.

They agreed on the need for "maintaining vigorous enforcement of existing sanctions to ensure the DPRK understands that denuclearization is the only path," Sanders said, using the North's official name,  the Democratic People's Republic of Korea.

However, Trump made clear that he also wants to follow up on his historic June summit in Singapore as he tries to persuade the reclusive regime to give up its nuclear weapons.

"President Trump discussed his intention to have a second US-DPRK summit," Sanders said, and  the two leaders "restated their commitment to closely coordinate on next steps."

Moon's top press secretary, Yoon Young-chan, was quoted by Yonhap news agency saying that  Trump "asked that South Korea and the US closely cooperate so the next summit will be another historical  milestone in the process of denuclearizing the Korean Peninsula."

Secretary of State Mike Pompeo was due to meet with a top North Korean official in early November, but the meeting was abruptly put off, with North Korea insisting that the United States ease sanctions.