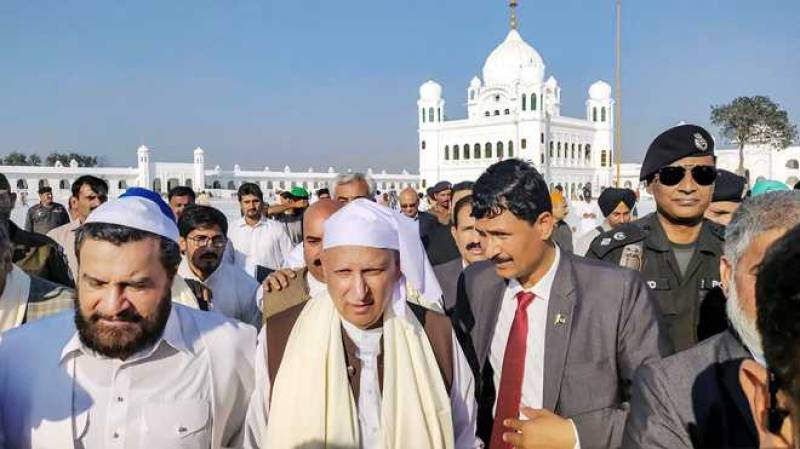 After the enactment of the bill, the Punjab government would establish a university on international standards with degree awarding status.

"Baba Guru Nanak University will excel in academic and research and prove to be center of excellence in various disciplines," the governor hoped.

He said professionals of international renown had expressed their willingness to be linked with the Baba Guru Nanak University.

Sarwar said the establishment of a university in the historic city of Nankana Sahib would usher in a new era of progress, prosperity and knowledge.

LAHORE - Pakistan on Monday reopened Kartarpur crossing for Sikh pilgrims after a months-long closure, the Foreign ...

The selection of the site was more significant as Baba Guru Nanak Dev Ji was born in Nankana Sahib.

Prime Minsiter Imran Khan had laid the foundation stone of the Baba Guru Nanak University Nankana Sahib on October 29, 2019 as part of his vision to accommodate minorities in the country in the light of sayings of Quaid-e-Azam Muhammad Ali Jinnah - Father of the nation and founder of Pakistan.