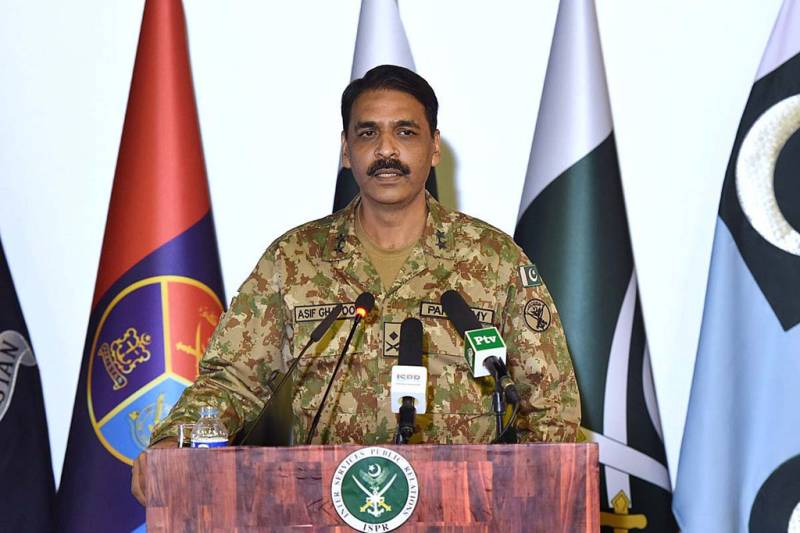 RAWALPINDI - Two senior army officers and a civilian, convicted of espionage a few days earlier, have been handed over to civilian jail authorities, confirmed the Director General of the Inter-Services Public Relations (ISPR).

"Three officers sentenced on 30 May 2019 have been handed over to civil jail authorities," DG ISPR Major General Asif Ghafoor said on Twitter on Saturday.

Three officers sentenced on 30 May 2019 have been handed over to civil jail authorities. Earlier, convicted had been immediately arrested upon intelligence about their involvement and remained under military custody throughout their respective trial.

The military's spokesman said the officers had been immediately arrested upon intelligence about their involvement in espionage.

Army Staff, General Qamar Javed Bajwa had ratified the punishment awarded to two former army and one civilian officer on allegations of espionage and leakage of sensitive information to foreign agencies prejudice to the national security.

According to a press release issued by the military’s media wing on Thursday, Lt Gen (r) Javed Iqbal was awarded 14 years jail term while both Brig (r) Raja Rizwan and Dr Waseem Akram were awarded death sentence; the punishments were ratified by the military chief.

The military’s media wing stated that the officers were tried under the Pakistan Army Act (PAA) and Official Secret Act by separate Field General Court Martial (FGCM) for separate cases.