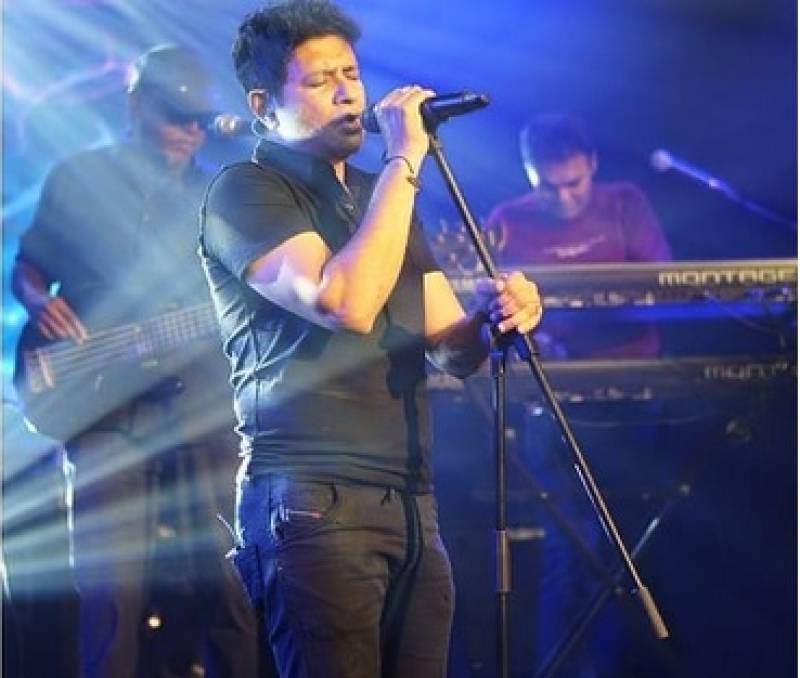 KOLKATA – Acclaimed Indian singer Krishnakumar Kunnath, also known by his stage name KK, died on Tuesday night after he fell ill during a concert in Kolkata. He was 53.

Kunnath was performing at the Nazrul Manch auditorium, which was overcrowded, when he complained of uneasiness. He died on the way to hospital reportedly due to heart attack.

The sudden death of the "Kya Mujhe Pyaar Hai" singer has left politicians, celebrities and fans in tears.

“Saddened by the untimely demise of noted singer Krishnakumar Kunnath popularly known as KK. His songs reflected a wide range of emotions as struck a chord with people of all age groups. We will always remember him through his songs. Condolences to his family and fans,” he wrote on Twitter.

Saddened by the untimely demise of noted singer Krishnakumar Kunnath popularly known as KK. His songs reflected a wide range of emotions as struck a chord with people of all age groups. We will always remember him through his songs. Condolences to his family and fans. Om Shanti.

Krishnakumar Kunnath, fondly known as KK, was one of the most versatile singers of the Indian music industry. His soulful voice gave us many memorable songs.

Saddened by the news of his untimely demise last night. My heartfelt condolences to his family & fans across the world. pic.twitter.com/7Es5qklcHc

Dear KK ..what’s the hurry buddy ..gifted singers and artists like you made this life more bearable..#RIPKK

Lost a magnificent singer of our times and so suddenly. Condolences to his family and close ones. #KK🙏

It seems so ominous. The news of KK’s death that too right after a live performance is terrible. He sang for films I was associated with, so his loss seems that much more personal.
RIP #KrishnakumarKunnath.
Prayers & condolences to his family🙏 pic.twitter.com/HOOjgs4tY5

This is such shocking and sad news. KK, thank you for sharing your talent with us all. Gone too soon. Rest in harmony!

A voice and talent like no other.. They don't make them like him anymore. Working on the songs he sang was always that much more special. You will always be in our hearts KK and live eternally through your songs. RIP Legend KK #ripkk pic.twitter.com/7UcYnx1WDy

Black year for Indian music. Lata didi, bappi da, sidhu paaji and now KK sir. These losses.. all of them feel so personal.

Pakistani celebrities including Minal Khan also expressed grief over the death of the legendary singer.

Singer Faisal Kapadia shared KK's photo on his Instagram page and wrote, "I am shocked… can’t believe it. Always loved his work and his soulful voice. Gone too soon".