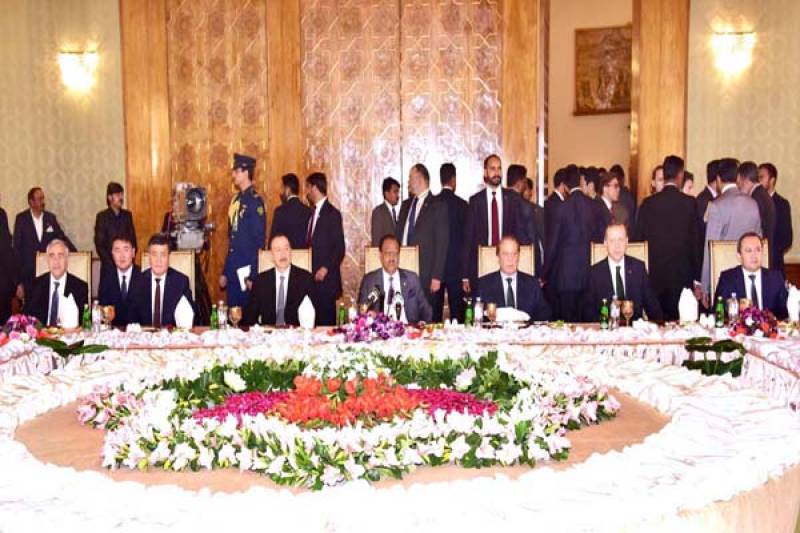 The summit would be attended by heads of states/governments and representatives from Azerbaijan, Iran, Turkey, Turkmenistan, Kazakhstan, Kyrgyzstan, Afghanistan, Uzbekistan, Tajikistan and Pakistan.

Security has already been beefed up in capital and government has announced a public holiday in Rawalpindi and Islamabad as a part of the security plan for summit.

Ahead of ECO summit, Prime Minister Muhammad Nawaz Sharif expressed his confidence that the Economic Cooperation Organization would soon develop into a key regional economic bloc.

'Synergizing our strengths, we can soon change our region’s destiny. The way forward for us has been laid out in ECO Vision 2025 in the form of pragmatic and tangible organisational targets,' the prime minister said in his video message.

President Mamnoon Hussain also hosted a state banquet in honour of heads of states/governments participating in the summit at the Aiwan-e-Sadr. Prime Minister Muhammad Nawaz Sharif was present on the occasion.

Pakistan last hosted the third ECO Summit in Islamabad in May 1995 and hosting the 13th summit would send a strong message to international community regarding regional importance of the country.

ECO was established in 1985 by Pakistan, Iran and Turkey. Later on, Azerbaijan, Afghanistan, Kyrgyzstan, Kazakhstan, Turkmenistan, Uzbekistan and  Tajikistan were also included.