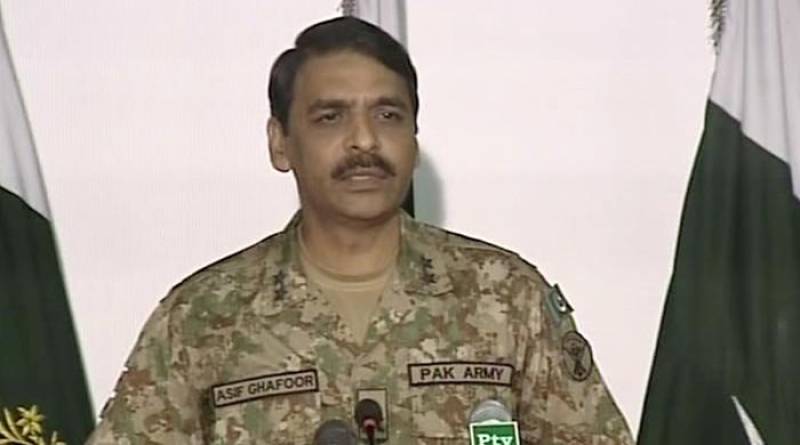 He elaborated that Afghanistan itself faced problems and rendered sacrifices in its fight against terrorism adding that Pakistan fully supported Afghanistan.

'There is a need to improve border mechanism with Afghanistan and Kabul should take some measures for reopening of border between the two countries,' the DG ISPR said.

Talking to newsmen, DG ISPR expressed that the operation Radd-ul-Fassad was launched against miscreants without any discrimination of religion or sect.

'Pakistan comes first, then provinces. Terrorists have no religion, country, province or sect,' he asserted adding that every action by security agencies came after having received evidence.

'The name of the operation itself conveys a message that it is aimed at wiping out all miscreants, internal and external, from the country, who tend to destabilise Pakistan' he added.

Maj. Asif Ghafoor went on and expressed the military seeks to consolidate gains of all past offensives through 'Radd-ul-Fasaad'.

To a question regarding security provision for holding PSL final in Lahore, the official expressed that be it PSL or any other event, Army would provide security when it is tasked to do so.