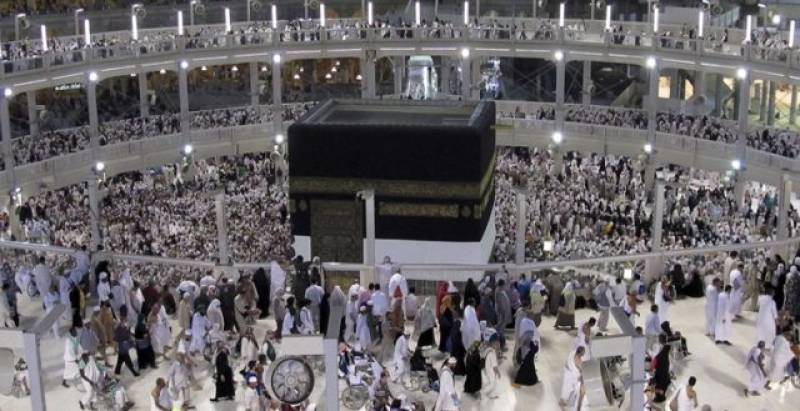 ISLAMABAD – Ministry of Religious Affairs and Interfaith Harmony on Thursday selected 87,813 lucky applicants in balloting on 50 percent quota of Haj 2018 under government scheme by holding a computerized draw.

Minister for Religious Affairs and Interfaith Harmony Sardar Muhammad Yousaf initiated the computerized balloting along with officials of the ministry.

Remaining candidates will be selected in second round of the balloting after the Islamabad Hight Court settle the petitions against Haj Policy 2018.

Applicants can check their status here:

Please enter your 'CNIC No.' OR your 'Hajj Application No.' to view your result.

On Wednesday, the federal cabinet in a meeting headed by Prime Minister Shahid Khaqan Abbasi, allowed the ministry to commence the balloting of the half of the quota after reviewing the status of legal proceedings. Pakistan is required to inform the Saudi official about the number of pilgrims before March 3 in order to finalise the flight operation.

The secretary of Ministry of Religious Affairs briefed the meeting about progress of arrangements regarding 2018 Haj operation.

The cabinet also directed the ministry to request IHC for early settlement of the cases, clubbed together on the orders of the Supreme Court.

The balloting of 50 percent quota may not affect the pleas of private Haj operators who had obtained stay orders against the new Haj Policy 2018.

The private tour operators had moved the Sindh High Court and Lahore High Court after the government decreased share from 40 to 33 percent for them under the new policy. On their petitions, the high courts issued stay orders, deferring balloting, earlier scheduled for January 28.

This year record-breaking Haj applications were received as 374,829 people submitted applications for the Government Haj scheme 2018. The ministry received the highest number of applications from Karachi, totaling 81,985. It was followed by Lahore with 72,483, while Islamabad stood third with 67,896

Saudi authorities have allocated provisional quota of 179,210 pilgrims to Pakistan for this year. Under the policy, the government is to select 120,000 pilgrims, while remaining will be allocated to private tour operators.