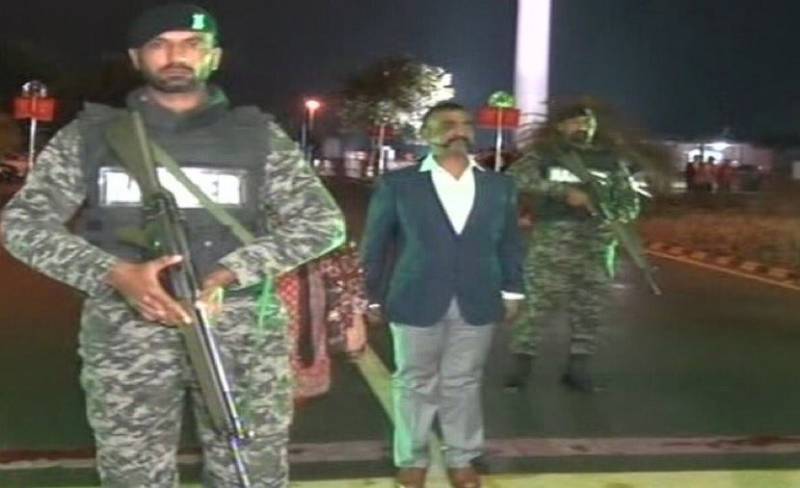 ISLAMABAD - Pakistan handed over an Indian pilot, who was captured by Pakistani troops inside Azada Jammu and Kashmir, to India as a gesture of peace amid armed escalation between two nuclear-armed rivals.

The captured wing commander was accompanied by Indian high commission officials from Lahore to Wagah border. According to Indian media Abhinandan will be taken to Amritsar.

His release was announced by Prime Minister Imran Khan at a joint session of Parliament on Thursday after Pakistan a day prior had shot down two Indian aircraft that had crossed the Line of Control (LoC) and captured Wing Commander Abhinandan, something that came as an unexpected setback for India.

ISLAMABAD – Prime Minister Imran Khan has announced to release an Indian pilot, who was captured inside Azad Jammu ...

However, PM Imran Khan also asked India not to escalate the situation. “Don’t take this any further, Pakistan will be forced to retaliate.”

Sidhu, who was suspended from The Kapil Sharma Show over his remarks on Pulwama attack, took to Twitter to say: “Prime Minister Imran Khan every noble act makes a way for itself… your goodwill gesture is ‘a cup of joy’ for a billion people, a nation rejoices.”

@ImranKhanPTI Every noble act makes a way for itself... your goodwill gesture is ‘a cup of joy’ for a billion people, a nation rejoices...

I am overjoyed for his parents and loved ones.

“I am overjoyed for his (Abhinandan) parents and loved ones,” he added.

Welcome decision by Pakistan PM @ImranKhanPTI to release the captive indian pilot as a peace gesture. Hope better sense prevails the war clouds scatter and the #Kashmir dispute moves towards a peaceful resolution

"The release of IAF pilot #AbhinandanVartaman is a great gesture from the Prime Minister of Pakistan @ImranKhanPTI. I hope our [Indian] government will reciprocate it." - Former Chief Minister Indian Occupied Kashmir @MehboobaMufti #LetBetterSensePrevail #ReleaseForPeace pic.twitter.com/JMh8H3C2Bv

Latest reports in Indian media suggest the Joint Parade ceremony at the Attari-Wagah border in Lahore, Punjab has been "cancelled" for today (Friday), and the spectators are being told to return to their homes.