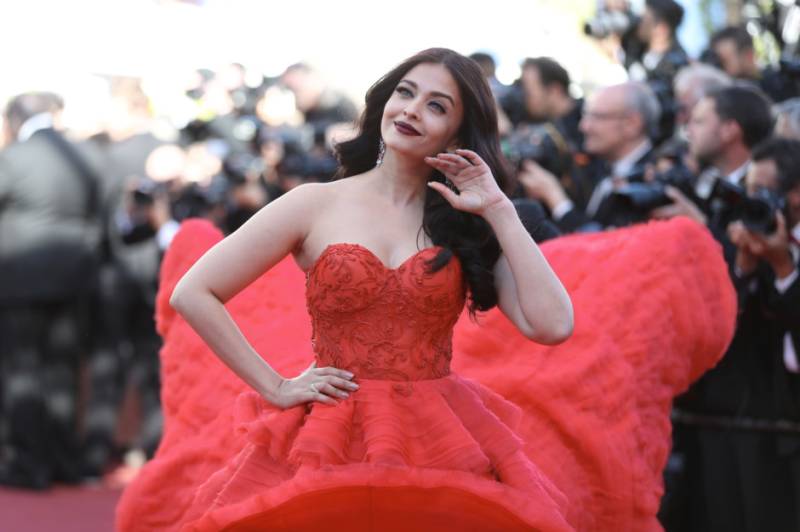 LAHORE - Bollywood's most beautiful actress, Aishwarya Rai turned 46 on Friday (today). Aishwarya made her Bollywood debut with Rahul Rawail’s Aur Pyaar Ho Gaya in 1997, has gone from being a beauty pageant winner to an acclaimed actress and a global glamour icon.

At the age of 21, she won many hearts across the globe with her response to the Miss World finale question. Aishwarya was asked, “What qualities should Miss World 1994 embody?” She answered, "The Miss World’s we have had up to date have been proof enough that they have had compassion, compassion for underprivileged not only people who have status and stature, who can look beyond the barriers that men have set up for ourselves of nationality, colour. We have to look beyond that and that will make a true Miss World, a true person, a real person." She won the Miss World 1994 crown.

To mark the special day, Aish's husband and actor Abhishek Bachchan took to social media and shared a cute post.

Posting a gorgeous photo of the birthday girl on Instagram, Abishek wrote, "Happy birthday Principessa!!!" with a heart emoticon. In the pic, Aishwarya can be seen wearing a strapless cream coloured gown with tulle floral motifs. With her on-point makeup and hair styled to perfection, the stunner looks no less than a princess.

A post shared by AishwaryaRaiBachchan (@aishwaryaraibachchan_arb) on May 12, 2019 at 8:53am PDT

In 2005, Mattel Inc., who first manufactured Barbie dolls in 1959, released its limited-edition Barbie dolls modelled on Aishwarya Rai. The dolls were sold within a few minutes. Aishwarya is one of the very few celebrities who have had a Barbie doll inspired by them.

A post shared by AishwaryaRaiBachchan (@aishwaryaraibachchan_arb) on Oct 21, 2019 at 3:35am PDT

The former Miss World, who has bewitched many with her beautiful green eyes, has pledged to donate them to the Eye Bank Association of India. Apart from this, she has been doing a lot of charitable work post her Miss World win and has been honoured with a special award at Miss World 2014 ceremony for her charitable work since being crowned Miss World in 1994.

A post shared by AishwaryaRaiBachchan (@aishwaryaraibachchan_arb) on Oct 31, 2019 at 6:33am PDT

In 2007, Aishwarya Rai married actor Abhisekh Bachchan. The couple was blessed with a daughter, Aaradhya. From being a beauty icon to a versatile actress to a doting mother, she has pulled off every role with grace.

A post shared by AishwaryaRaiBachchan (@aishwaryaraibachchan_arb) on Apr 29, 2019 at 2:21am PDT