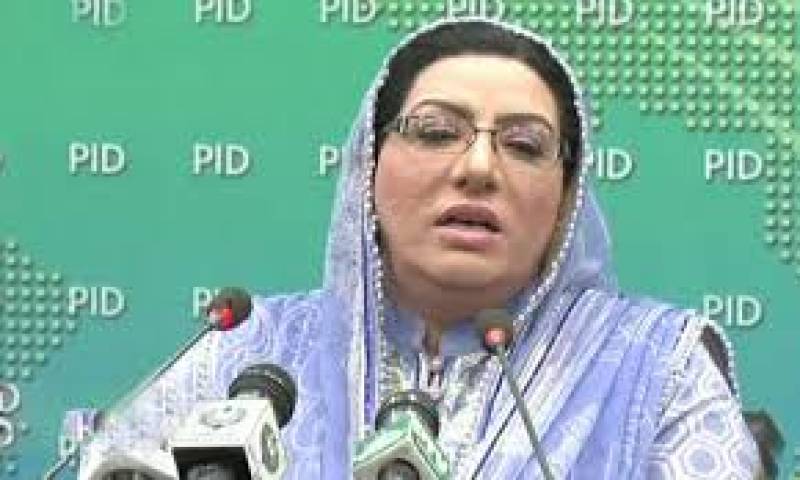 ISLAMABAD - Special Assistant to the Prime Minister on Information and Broadcasting Dr Firdous Ashiq Awan Friday said Prime Minister Imran Khan was not concerned about his own children but about those of the nation and unlike the previous rulers, he was filling the national coffers instead of stuffing his own pockets.

Dr Firdous, in tweets, said it was strange that those who were transplanted by General Jilani were now complaining about lack of the support of institutions.

The backing received by Shehbaz Sharif and his party from the system and institutions was unprecedented, she added.

"But you always backstabbed them and worked against the national interest. You changed turbans with Modi and took Jandal on a trip to Murree." She said today the opposition was conspiring to cause political instability in the country.

Dr Firdous said the difference between Imran Khan and Shehbaz Sharif was that the latter could not look beyond his own self, wealth and children.

Imran Khan, she said, was the true son of soil, and a hero and pride of the nation, who was worried about the future generations of Pakistan.

Earlier today, President PML-N Shehbaz Sharif addressing the protest sit-in led by JUI-F's chief Maulana Fazl-ur-Rehman said that establishment supported Imran Khan thinking that he will put the country on a road leading to development but he has failed the expectations drastically.

He added that the PML-N would have made Pakistan one of the top progressing countries if such support was provided by the establishment to it.