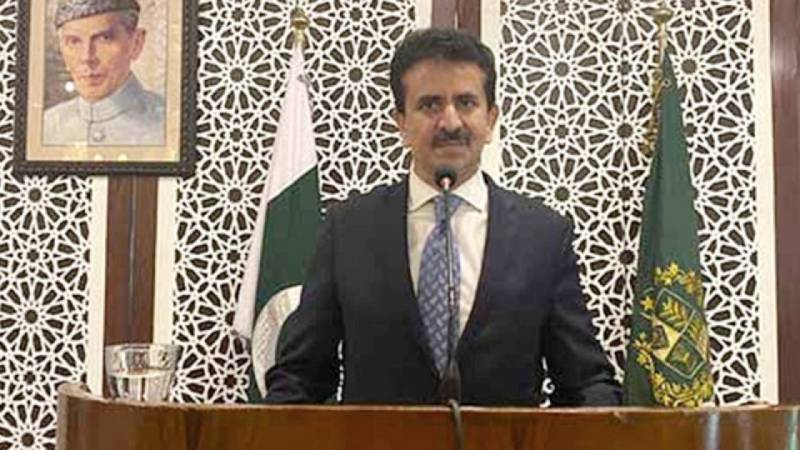 ISLAMABAD – Pakistan on Sunday categorically rejected Indian Ministry of External Affairs' irresponsible and unwarranted statement regarding Gilgit-Baltistan (GB) saying that India had no locus standi whatsoever on the issue legal, moral or historical.

"Administrative, political and economic reforms are a long-standing demand of the people of Gilgit-Baltistan. The envisaged provisional reforms reflect the aspirations of the indigenous populace of Gilgit-Baltistan," Foreign office spokesperson in a press release said.

For more than 73 years, India has been in illegal and forcible occupation of parts of Jammu and Kashmir.

Pakistan called upon India to immediately end its illegal and forcible occupation of parts of Jammu & Kashmir and comply with its international obligations by allowing the Kashmiris to exercise their inalienable right to self-determination through a free and impartial plebiscite under the auspices of the United Nations as enshrined in the relevant UN Security Council resolutions.

Regurgitation of false and fabricated claims by India can neither change the facts nor divert attention from India's illegal actions and continuing humanitarian crisis resulting from perpetration of the worst human rights violations in Indian Illegally Occupied Jammu and Kashmir (IIOJK), it was added.

"Pakistan's position on the Jammu & Kashmir dispute remains firmly anchored in the relevant United Nations Security Council Resolutions. The final resolution of the Jammu & Kashmir dispute is only possible through the exercise of the Kashmiris' right to self-determination by holding free and impartial plebiscite under the auspices of the United Nations," the spokesperson said.