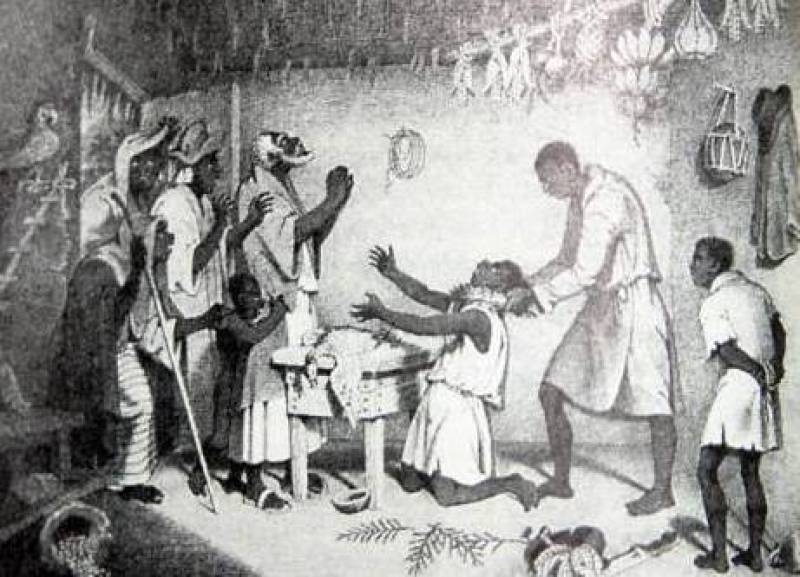 ANDHRA PRADESH (Web Desk) - In a gruesome instance of human sacrifice, a villager severed the head of a four-year-old child and offered his blood to Goddess Kali seeking "divine powers," Times of India reported.

The macabre incident took place in Scheduled Castes colony in the remote Pokur village at Valetivaripalem mandal in Prakasam district on Wednesday.

Police recovered the sickle used by the accused, P Tirumala Rao (35), to kill the boy, Manu Sagar, at his residence. Enraged villagers caught hold of Rao and set him on fire.

He was taken to Kandukur hospital with 40% burns.

Villagers said Rao performed black magic and various pujas as he believed he would attain divine powers and wealth by human sacrifice.

The accused is believed to have filled the blood in a bottle and offered it to deities.

Rao abducted Sagar when he was returning home from an anganwadi centre around noon. A worried Sagar's mother, Adilakshmi, learnt from a villager that Rao had taken her son with him. She went to Rao's home, but found it locked. By that time her husband and Manu's father had rushed in too.

The couple chanced upon Rao's brother, Venkata Rao, at the village centre. Along with him, they went to Rao's residence again, where they found the little boy's headless body in a pool of blood. As the news spread, villagers gathered and launched a hunt for Rao, who was caught on the outskirts of the village.

Angry men tied him to a tree near, doused him with kerosene, and set him on fire. Village elders reached the spot and rescued Rao and alerted the police. Rao was taken to the area hospital at Kandukur.

DSP Srinivasa Rao said it looked like a case of human sacrifice. "We will interrogate Rao once he recovers," he added. Police suspect the accused strangled the child before chopping off his head. "We found a rope from the residence which the accused might have used to strangle the boy," said a police officer.