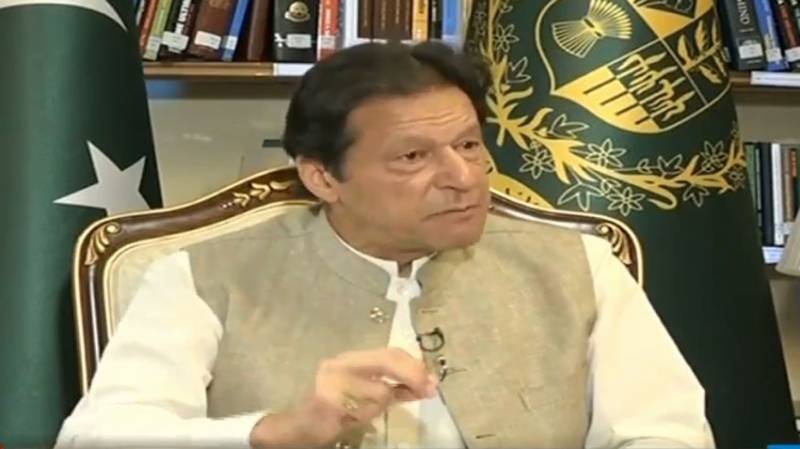 In an interview to a private TV channel, he said Pakistan Army is standing behind the democratically elected government and any attempt to weaken this institution will harm Pakistan. He said it is the Army which has saved us otherwise the country will have been disintegrated in three parts as per Indian designs. He said we tried our best to have good relations with India, but unfortunately, New Delhi's BJP regime is ideologically against Pakistan and we are very concerned about it.

The Prime Minister said he has no problem with the Army. He said I am not the person, who was nurtured in military's nursery. He said I have achieved current position because of my 22 years long political struggle. He said I have reached to the present position after going through a process instead of on the recommendations of someone else. He said they are attempting to hit our institutions, especially the army and the judiciary, to pressurize them to protect their ill-gotten wealth.

Answering another question, the Prime Minister said we have decided to give provisional provincial status to GB to address deprivations of the people of area.

Imran Khan said he would prefer to quit power rather than giving any NRO to those, who have plundered Pakistan's wealth. He said all the thieves are getting united to protect their wealth as they know that I will not give them any NRO. He opined that two NROs given by former President Pervez Musharraf has inflicted a huge loss on Pakistan's economy. He said any compromise with thieves will ruin the country for which future generations will not forgive us.

Replying to a question, Imran Khan said he is an elected Prime Minister and no one can dare ask him to resign. He said he would have sought resignations from the Army Chief had he gone for Kargil War without my knowledge.

He said opposition in a democracy protects public interests and keeps a check on government. But unfortunately, our opposition is focusing on hiding its corruption.

Answering a question on press freedom, he said our government has faced unprecedented criticism in two years.

He rejected all allegations of putting pressure on media houses.

The Prime Minister said government is taking steps for legislation to give rapists exemplary punishments including death and chemical castration.

He said government is committed to increase exports and decrease imports while remittances through banking channel are also being made easier.