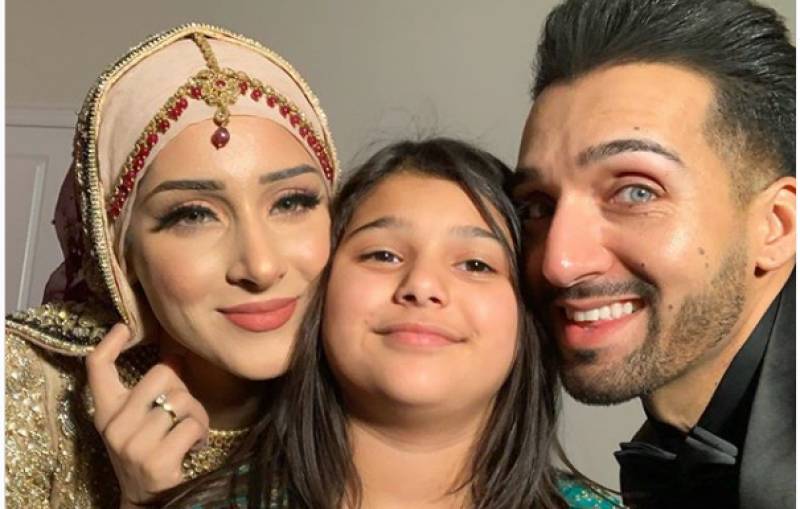 Pakistani-Candian YouTuber Sham Idrees and his wife Sehar (aka Froggy) are known for creating entertaining vlogs and pulling off hilarious pranks.

The couple tied the knot in January 2019 and were blessed with a baby girl named Sierra Idrees earlier this year. But there's a fourth member of their family that we didn't know about until today.

In a recent Vlog, Sham has introduced his other daughter, Dua from a previous marriage.

In the video, Sham revealed that he got married to someone almost 10 years ago, but unfortunately things didn't work out and within a few months the two decided to go their separate ways. However, sometime later, he found out that he's going to be a father and welcomed a baby girl on September 10th, 2010.

My family ❤️ @officialsierraidrees is missing though!

Shaam also shared the reason as to why he kept Dua away from the limelight until now.

"When I began vlogging my daughter was six years old and at that time it was important to decide if I keep her on social media or take her completely off. Now we celebrated her 10th birthday. I know 10 is still fairly young but I gave her the option and asked her if she wants to be a part of this industry and she is very excited," he explained.

Dua will now be regularly seen in her father's Youtube videos. Following into Shaam's footsteps, the 10-year-old has also started her own Youtube channel.