Pakistan will not accept any pre-condition for talks on Kashmir: FO 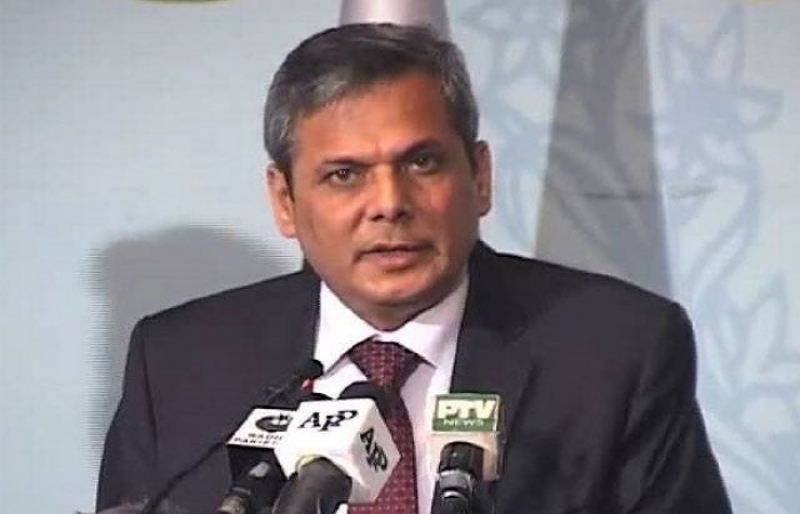 At his weekly news briefing in Islamabad on Thursday, Foreign Office Spokesperson Nafees Zakariya said that the Prime Minister has written another letter to the UN Secretary General apprising him of the deteriorating situation and human rights violations of the hapless Kashmiri people.

The Prime Minister welcomed the UN Secretary General's call for making efforts to avert further violence and thanked him for recognizing Pakistan's commitment to the peaceable settlement of Kashmir dispute.

In his letter, the Prime Minister noted that while AJK cannot be compared in terms of the inexorable and tragic situation of human rights in Occupied Kashmir, it remains clear to any UN mission for a visit as it has always facilitated the UNMOGIP, foreign diplomats and tourists.

The letter called Indian Prime Minister Narendra's remarks on Balochistan as unwarranted and in utter contravention of the UN charter. It stated the remarks were aimed at diverting the world attention from the ongoing atrocities in the held valley.

The Prime Minister while welcoming the UN Secretary General's offer of his good offices said that the Kashmir is the main dispute between the two countries.

Replying to a burst of inquiries, along the Kashmir dispute, the foreign official spokesperson said Pakistan will persist in its endeavors to raise the Kashmir dispute at the international stage. It will figure prominently at the upcoming annual meeting of the United Nations General Assembly and the OIC meetings on the sidelines of the UN session.

Nafees Zakariya said that the Indian brutalities have not only been condemned by the international community, but also members of different segments of the society within India. He said the Indian government should listen to those voices and end the bloodshed in the valley.

He said Pakistan wants peaceful resolution of the lingering Kashmir dispute through the dialogue process, for which the country is always ready. He, however, said any preconditions to the talks will not be accepted.