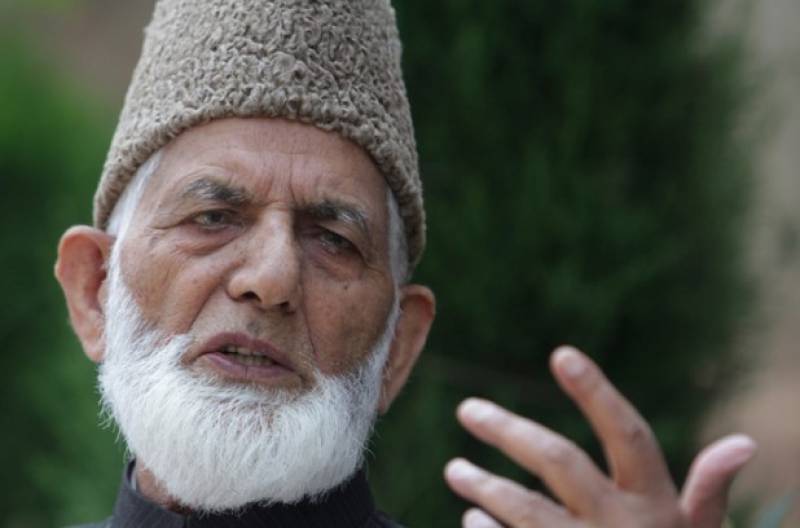 SRINAGAR – All Parties Hurriyat Conference (APHC) Chairman Syed Ali Shah Geelani and eminent leader in Indian Illegally Occupied Jammu & Kashmir, has died at the age of 92 after a prolonged illness.

The elderly leader was under house arrest for much of the past 11 years while Indian armed forces have imposed a security clampdown in Srinagar, placing barbed wire and barricades on the roads near Geelani's residence. He was reportedly suffering from cardiac and renal diseases.

Geelani belonged to Soporo Town of district Baramulla and was one of the strongest voices in favour of Kashmir's accession to Pakistan. He has been a member of Jamaat-e-Islami Jammu and Kashmir and also a member of the well-known International Muslim Forum Rabita-e-Alam-e-Islami.

The daring leader, who remained staunch opponent of Indian administration, founded Tehreek-e-Hurriyat and served as the chairman of All Parties Hurriyat Conference, a merger of pro-separatist parties in Indian occupied Jammu and Kashmir.

The deceased was also a Member of the Legislative Assembly from the Soporo constituency of Jammu and Kashmir in 1972, 1977, and in 1987. Earlier in 2020, Geelani had resigned from his post as APHC Chief, of which he had been a member for 27 years.

He was elected its chairman for life in 2003. Hurriyat Conference (Geelani) has more than 24 constituent parties, some of which have only a handful of members. In 2020, Geelani was awarded the Nishan-e-Pakistan, Pakistan's highest civilian honour. 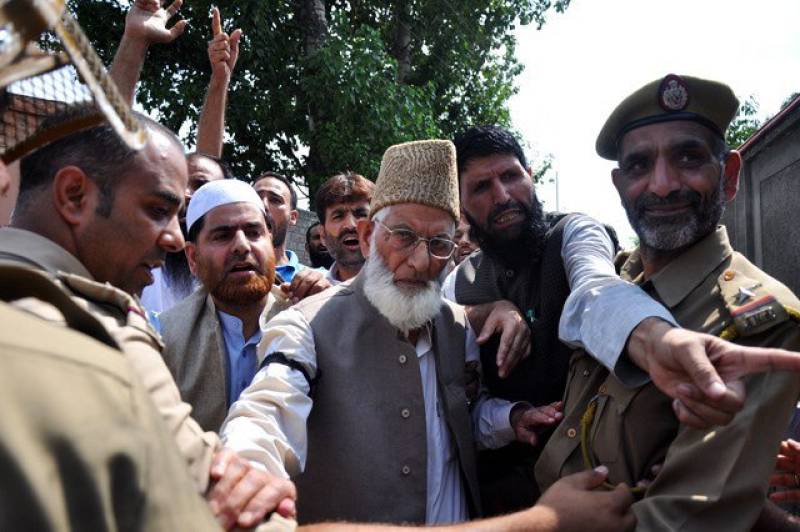 Following the death of the separatist icon, Indian authorities started up the authorities clamped down the caged valley. A large number of armed forces contingents were deployed around his residence while some media reports said a curfew would be imposed.

Later, announcements were made from local mosques in which Kashmiri leadership asked people to march towards his residence but Indian forces didn’t allow anyone to leave their homes.

Media reports said journalists were also barred from covering the funeral and stopped from going to Hyderpora while restrictions were imposed across Kashmir and the internet and mobile phones were suspended.

The icon of freedom struggle Syed was laid to rest in the wee hours of Thursday in the local graveyard in the Hyderpora area of the Srinagar district. The burial was completed by 4:45 am in presence of his relatives and neighbors in the Hyderpora graveyard.

ISLAMABAD - Pakistan has conferred Nishan-e-Pakistan, the highest Civil Award of the country, on the veteran Kashmiri ...

Security forces were deployed across Kashmir and all the roads leading towards Hyderpora were sealed. Officials said additional troops have been deployed especially in Srinagar’s old city and North Kashmir. Vehicles were stopped at several places and prevented from moving to Srinagar or other major towns.

Following the demise of Geelani, Prime Minister Imran Khan on Wednesday announced that the flag will fly at half-mast and a day of official mourning will be observed across Pakistan.

The premier, Army Chief along with a number of leaders expressed his grief on the sad demise of Kashmiri leader, terming Geelani an icon of Kashmir's freedom movement.