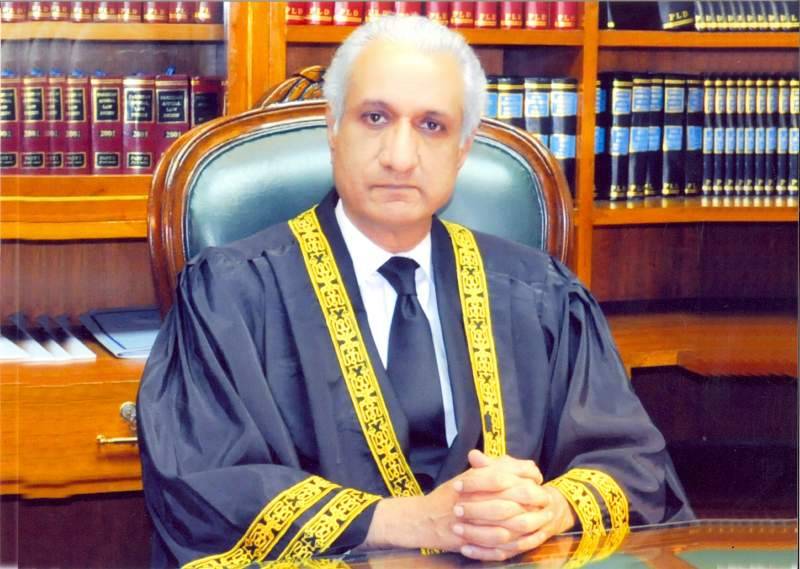 ISLAMABAD - The Chief Justice of Pakistan Mian Saqib Nisar has appointed Justice Ijaz Ul Ahsan to monitor the multiple references to be filed by National Accountability Bureau against members of Sharif family.

But the apex court also urged the chief justice of Pakistan to appoint a judge of Supreme Court who would monitor the progress in terms of these references.

The Chief Justice has now formally green lighted Justice Ijaz Ul Ahsan to keep an eye on the references that are to be filed within a period of six weeks from July 28.

Not only that the top court ordered to wind up the probe regarding multiple offshore companies and financial dealings of Sharif family in a span of six months from the day of filing references.

In its interim order on April 20, Justice Ijaz Ul Ahsan was among three judges who preferred formation of a Joint Investigation Team to look into wheelings and dealings of 'House of Sharif' before disqualifying Nawaz Sharif as chief executive of the country.

On last Friday, the apex court announced the verdict according to which the premier Nawaz Sharif was not sagacious, righteous, non-profligate, Sadiq and Ameen (honest) and so his authority as a legislator was annulled following which the ruling party elected Khaqan Abbasi as premier.