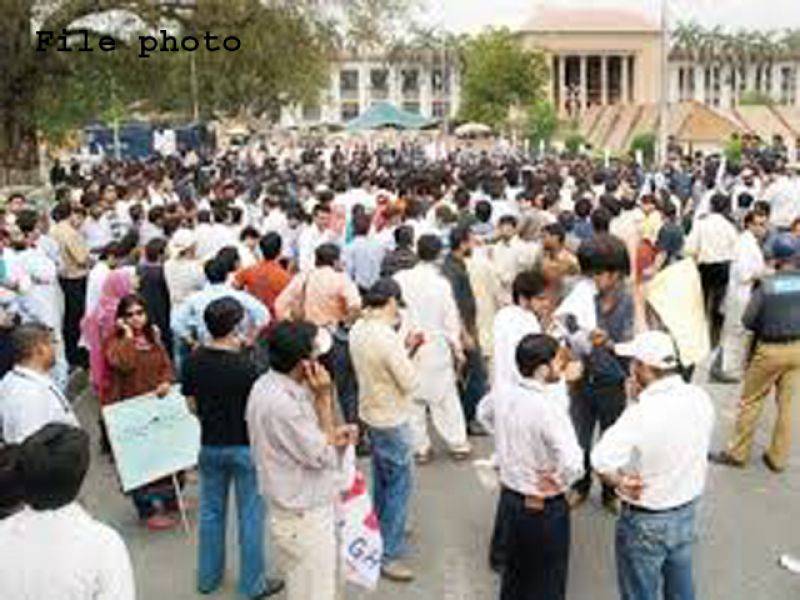 LAHORE - A protest of young doctors in different cities of Punjab entered its second day putting the lives of patients at risk.

Young Doctors Association, a body of junior doctors, launched the protest on Tuesday to press its demands regarding revoking Central Induction Policy and increasing salaries and allowances. The association has also demanded to expel health secretary, Najam Ahmad Shah.

Working at emergency wards, OPDs and other departments of hospitals had been halted in Faisalabad, Lahore, Rahim Yar Khan and other cities by the doctors.

The situation is getting worse for patients from far-flung areas at government hospitals. Yesterday a female patient, Janatul Firdous, died at the emergency ward of Service Hospital Lahore due to medical negligence.

Following the strike by the young doctors, the authorities have called all senior doctors directing them to report for duty as soon as possible.