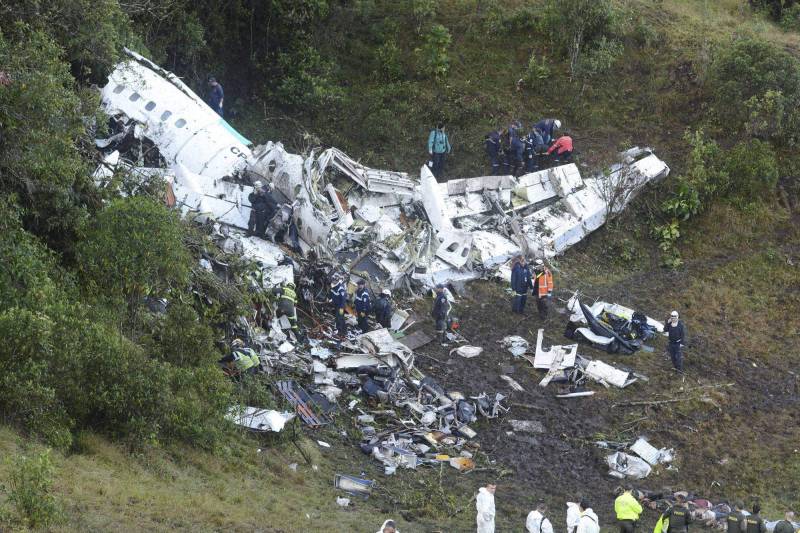 BOGOTA - A crew member aboard the unfortunate plane that crashed in Colombia on Tuesday has revealed the secret to survive a crash.

According to Erwin Tumiri, the only possible reason he was fortunate to be alive even after the crash was due to the fact that he followed safety procedures.

'I put the bags in between my legs to form the foetal position that is recommended for accidents. During the situation, many stood up from their seats and they started to shout' he said.

Stewardess Ximena Suarez who was also on board and fortunately survived expressed the harrowing moments before the crash adding that the lights inside plane went off as it was nosediving.

Another revelation that shocked the entire world was that the deceased plane pilot Miguel ‘Micky’ Quiroga lost his father in a plane crash as well.

As many as 71 people including the Brazilian soccer team were killed after LaMia Flight 2933 crashed into a hillside near Medellin on Tuesday and only 6 survived the crash, although many were still in critical condition

The investigations into the crash have been ramped up and initially it has been stated that the plane crashed due to the shortage of fuel.