Asian Aroma: A review of my experience having Japanese food! [Video Highlights Included] 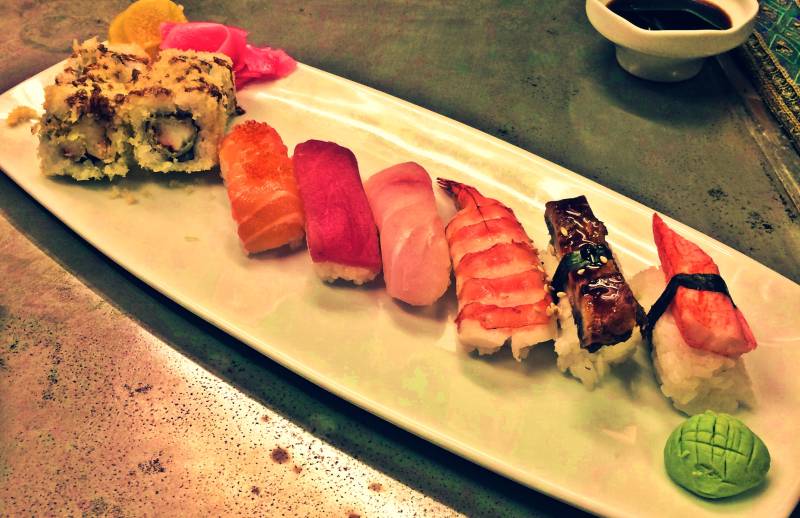 Asian Aroma was recently launched at the Park Lane Hotel, Lahore. As a picky eater, I've never been one to go try out different cuisines, let alone Japanese. Being a little reluctant to try out the food, I still make it in time to visit my friend, Fatima Hamid, at the Park Lane Hotel. Fatima is the Public Relations Manager at Park Lane, and a great host, might I add. 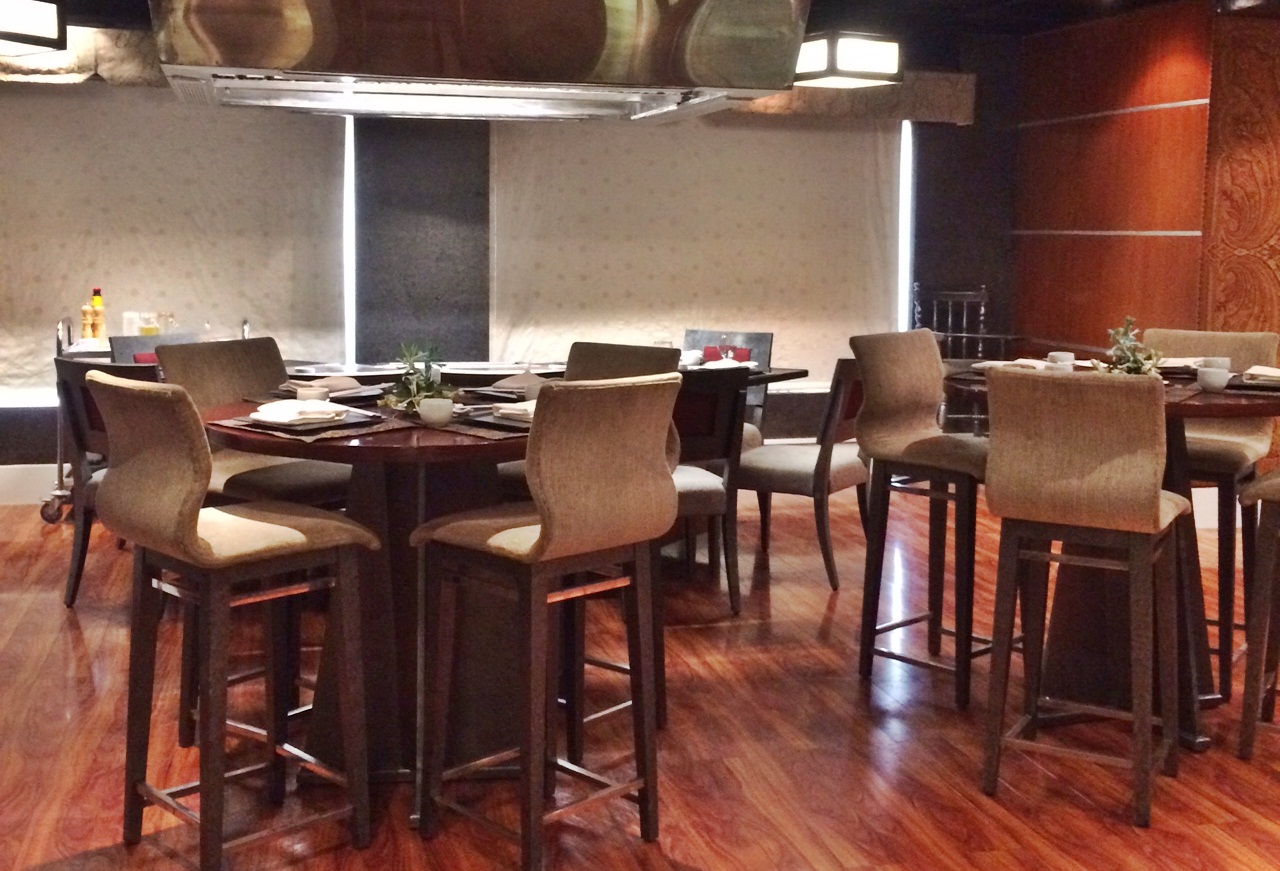 Walking up the stairs, we turned to the right, directly into Asian Aroma the Japanese Cuisine at Park Lane.

The food smelt good, and I wasn't so scared anymore; I still had my doubts about the Crustaceans that I would have to eat.

Abdullah, the chef highly skilled in cooking Japanese food, has been trained in cooking since more than 7 years. I start with the crunchy prawn that is being offered to me with a mild sauce, and as soon as I cut the prawn & devour it in my mouth, I cannot help but feel excited about what comes next. This ACTUALLY tastes pretty decent, and this review comes from a person who has NEVER had Japanese food in her entire life! 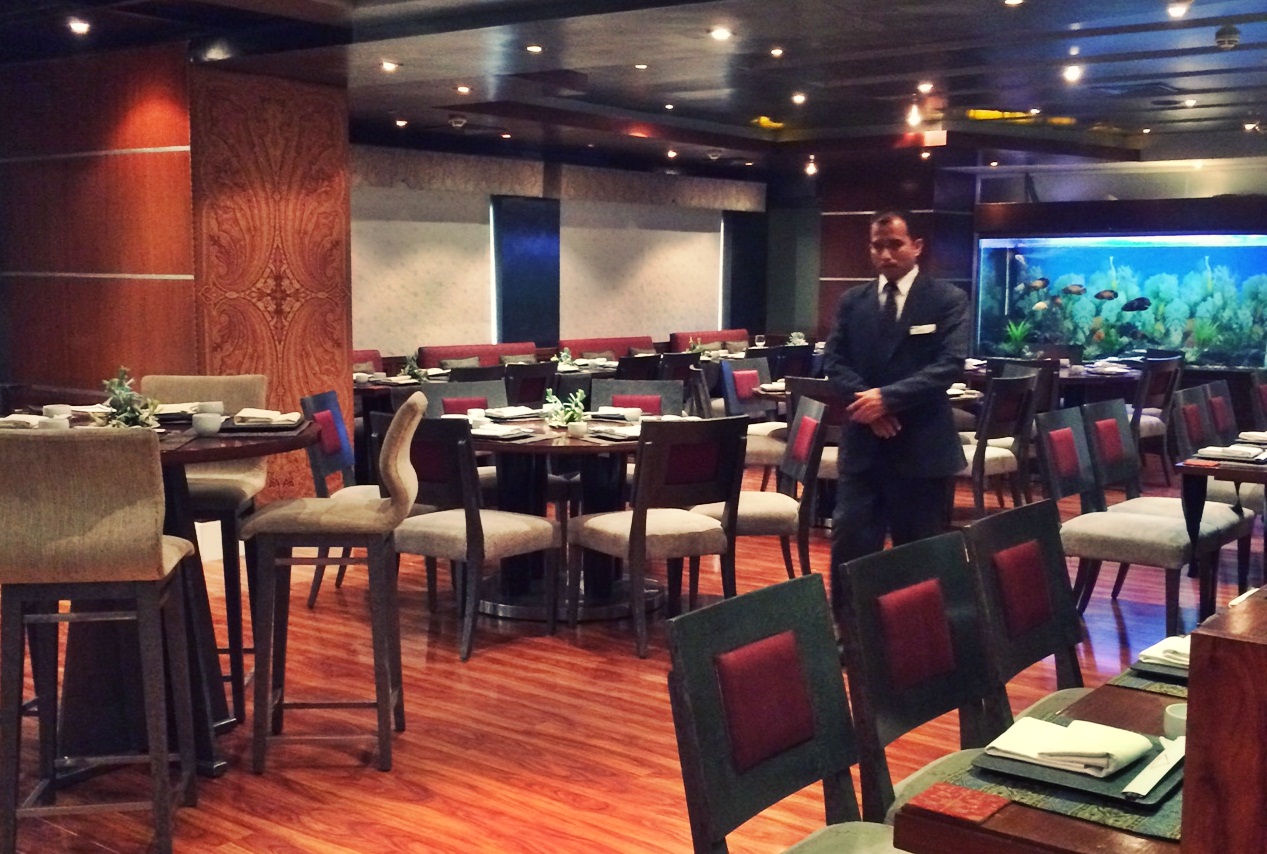 The prawns were amazingly delicious, with the mild sauce that the restaurant serves side by side. The prawn tempura platter is enough food for two people, and very reasonable and affordable. I'm in love with the prawns, I'd give them that.

I had my reservations with the crab, though.

Moving onto the Moriawase Sushi Platter, (which offers Crunchy Maki, Salmon, Tuna, Red Snapper, Prawn, Eel & Crab Stick Sushi), I am highly confused as to what I have to choose. However, Abdullah the chef helps me out, and asks me to pick either the eel, sushi or crab. I pick two: sushi and crab.

Sushi with soy sauce tasted just about right, loved how it was a mixture of so many ingredients and how nice the soy sauce tasted. I don't love soy sauce too much, except with crackers at a Chinese restaurant, and it doesn't taste so good with the sushi either.

I LOVE the sushi without the soy sauce, which is why I dip the sushi only from one side in the soy sauce and put that side first in my mouth, to get rid of the taste ASAP. Nevertheless, the sushi is AMAZING. Tasty and cooked to perfection. Abdullah really has his way with Japanese food! 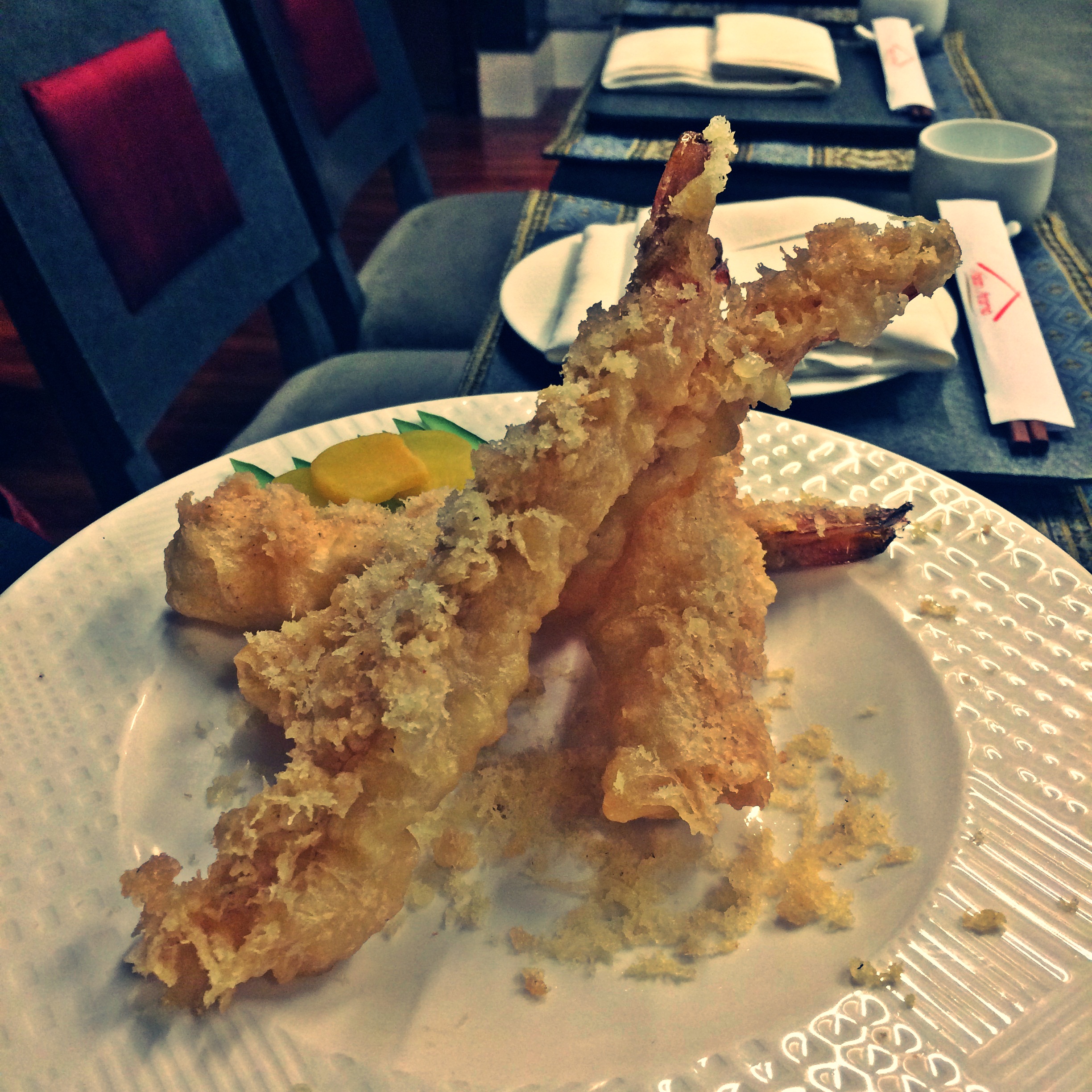 I felt a little disgusted KNOWING that I was having crab, as I've never had it before in my life. It gave me an image of me eating an animal or an insect, like they used to show in 'Fear Factor' when I was a little kid. It gave me chills down my spine, but nevertheless I couldn't help but notice that it actually did taste good. I had fun and I enjoyed the one bite.

I finally did it! I had a crab without puking.

Shortly after, Abdullah began his live cooking and all of us just gawked at him. His work was similar to that of a bbq person making 'taka tak', and he played with the utensils so smoothly and flung them around in the air & caught them with such ease that it was entertainment for us, and at the same time, live cooking with burning-hot food arriving at our tables. 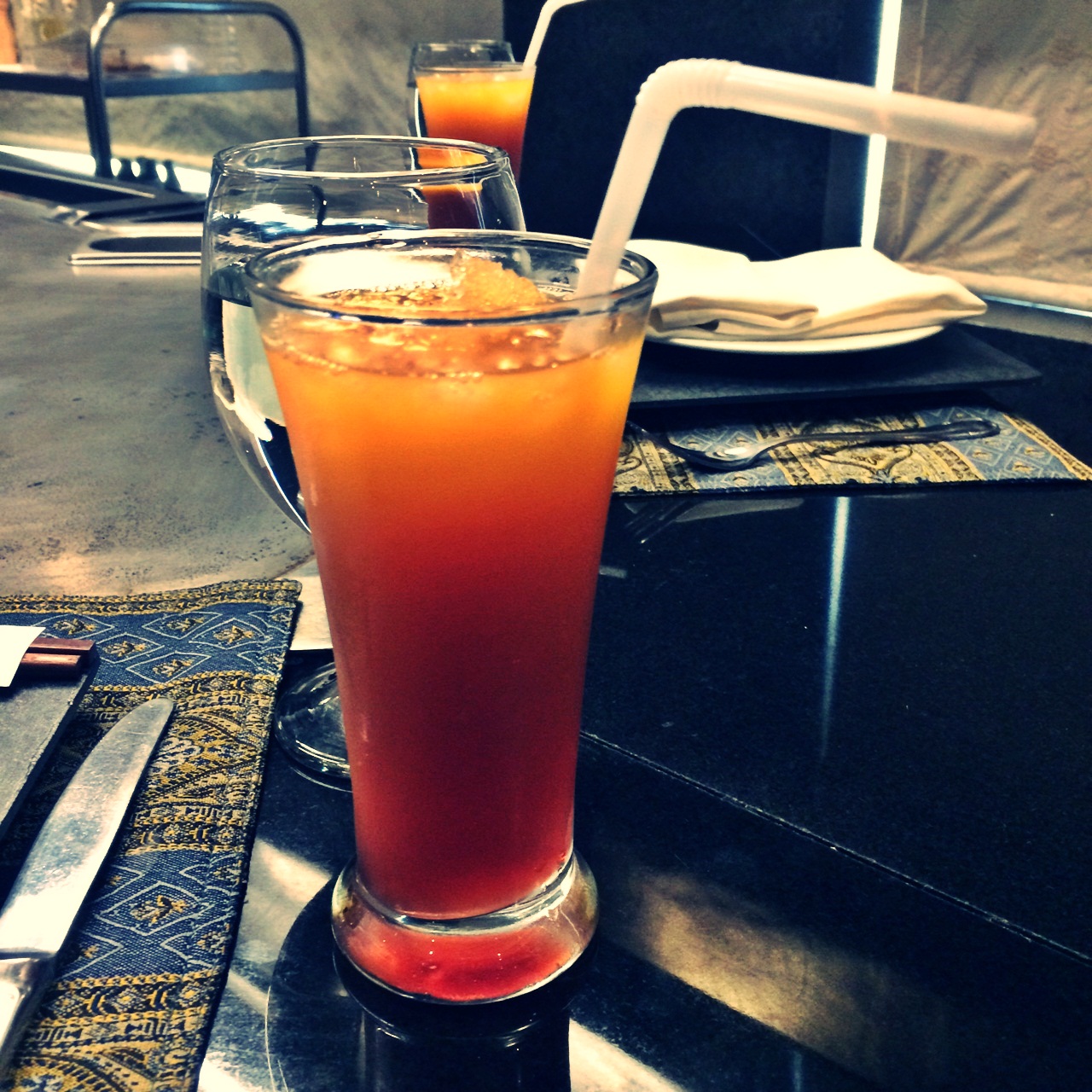 The Chicken Teppanyaki, Red Snapper Teppanyaki, Vegetable Teppanyaki & Garlic Fried Rice were all being cooked side by side at Abdullah's cooking station. I sipped through the delicious mocktail (this is the second one now) as he served us rice in a bowl along with the teppanyaki combinations and we had to eat all that with chopsticks (which I still suck at, by the way).

At the end of the meals when we are finally done, we are offered ocha (Japanese tea). It tastes like a mild herb tea, and it instantly makes us all feel fresh. 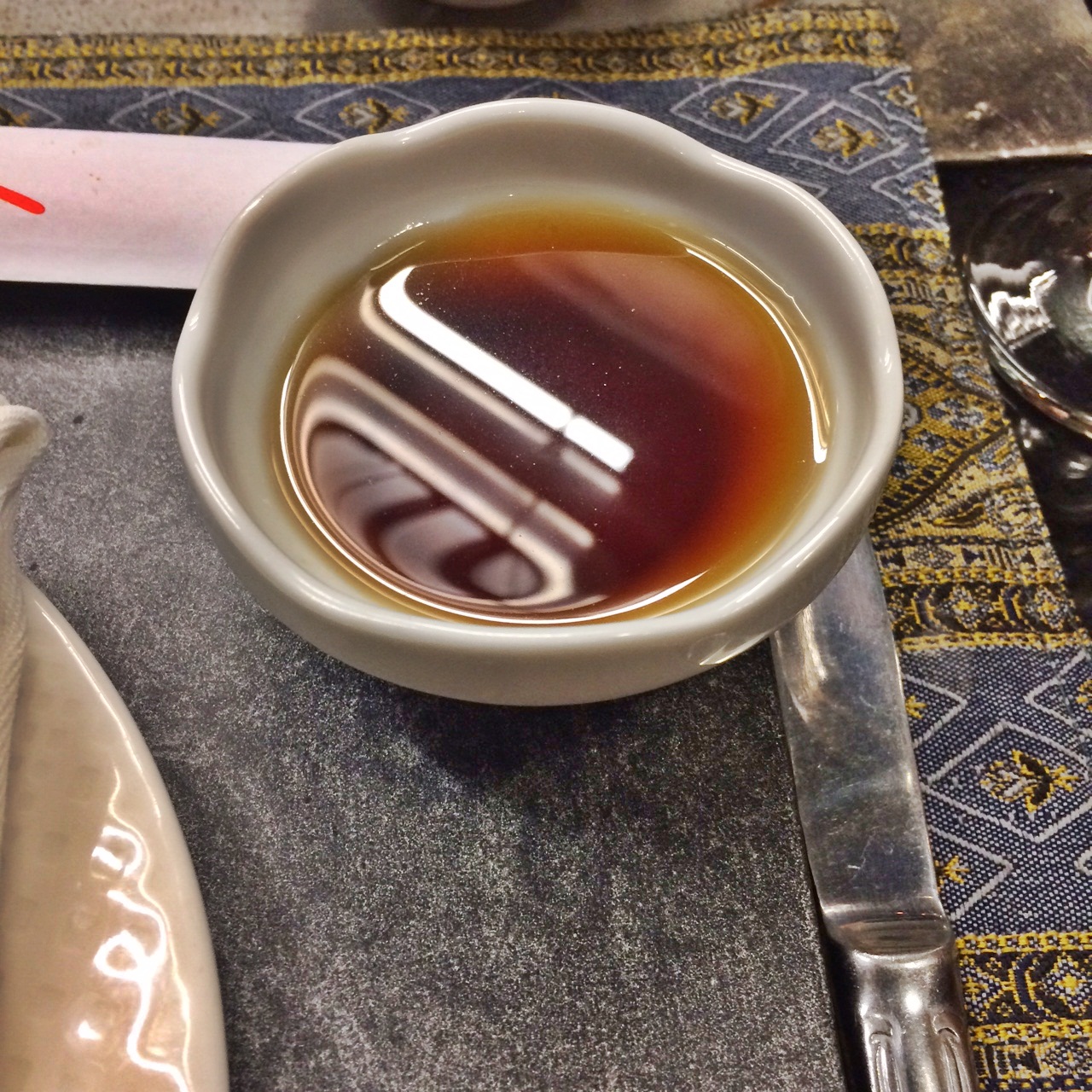