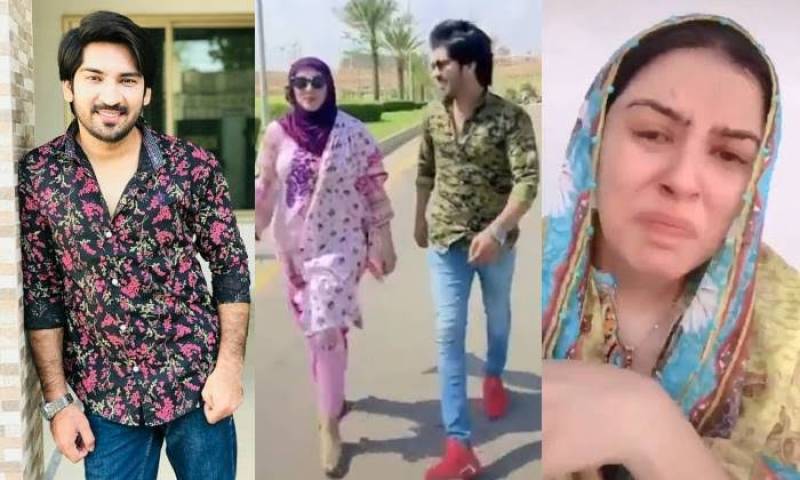 There’s no denying that TikTokers participate in dangerous stunts to promote themselves or at times, just for attention. Sometimes their tricks do work out, other times they completely backfire, and in some cases, it’s hard to believe that someone would be ballsy enough to attempt them.

TikToker Adil Rajput’s wife faked her husband's death just to gain more followers on the popular video-sharing application and this cheap publicity stunt will forever remain in the brains of fans.

Farah Adil shared a video of herself crying uncontrollably and broke the shocking news with the world.

The video spread like wildfire on social media and the news was also announced by a mosque in their neighbourhood.

Following this, several fans arrived at Rajput's residence to offer condolence and discovered that the star was alive.

This resulted in people lashing out at the couple and demanded the Cyber Crime department to investigate the matter.

Shameful that for a few likes & followers these kind of people are stooping so low & making a mockery of death. Shame on him & more on his wife. Now even it would be true in the future for anyone God forbid no one will take it seriously or believe it #adilrajput #FakeNews pic.twitter.com/ceN8yVGgzQ

What the hell for just some followers and fame #AdilRajput wife made a video at the death of her husband . I just say tiktokers are not from this planet 😡.#cheapstars #Shame #Pakistan #TikToker pic.twitter.com/headWskQ7R

Farah later posted another video to clarify the 'misunderstanding'.

“Allah has granted another life to Adil (Rajput). Adnan called again and said that Adil had fainted, and he thought he had died," she said.

With over 2.6M followers on his official account, Adil Rajput is one of the most popular TikTokers in Pakistan.