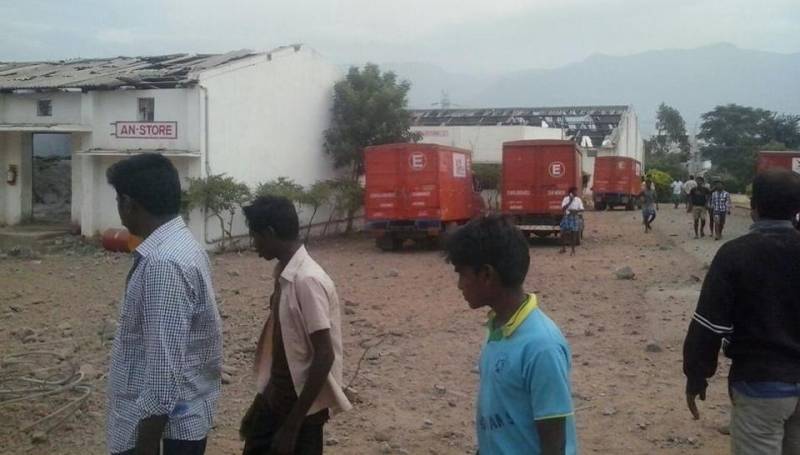 TRICHY - As many as sixteen people were killed while another 15 were left injured in a fire at an explosive-making unit in India on Thursday.

Local authorities could not unearth the cause of the fire that erupted in a factory located at Murugapatti, near Tiruchirappalli, however, a large-scale rescue operation was launched with three firefighting units and 10 ambulances.

The fire was noticed in one of the manufacturing wings of the factory and it soon escalated to other areas spreading chaos among the people in adjoining areas.

A total of 200 workers were present at the compound spreading over an area of 5 acres. The rescue workers faced a tough time during operation largely due to rain but the fire was under control now as per official statements.

“The ground and first floors of the factory have completely collapsed,” said Fire and Rescue services officials.

'The fire is under control now' officials added.

There were 15 mini-units in the factory which was manufacturing explosives for deepening and widening wells in the rocky belts.

The licensed unit was working for more than 25 years, police said.