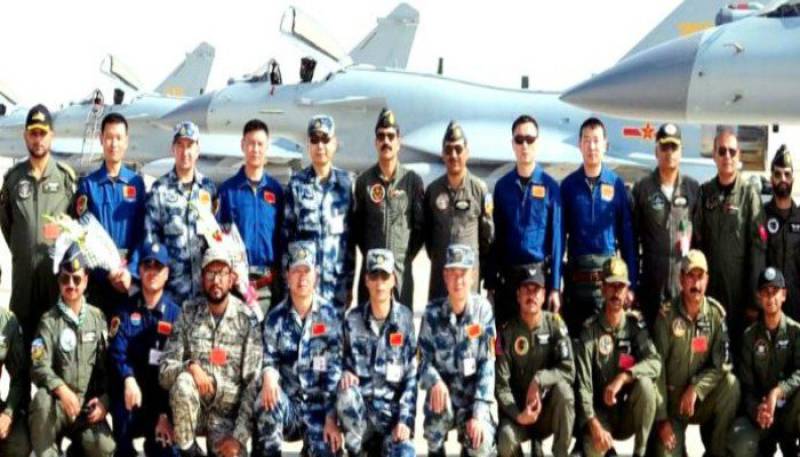 ISLAMABAD - The air forces of Pakistan and China launched seventh joint drills, dubbed Shaheen VII, at an operational airbase in Pakistan on Sunday.

According to a PAF spokesperson, a contingent of Chinese Air Force has reached Pakistan which includes pilots and air defense controllers.

The sixth joint exercise was held at a Chinese airbase last year.

Pakistan has a long and strong relationship with China. The long-standing ties between the two countries have been mutually beneficial. A close identity of views and mutual interests remain the centre-point of bilateral ties.

During the visit, China also pledged bailout economic packages to support the crumbling economy of Pakistan. Around 15 agreements were inked by both countries to boost the bilateral ties.