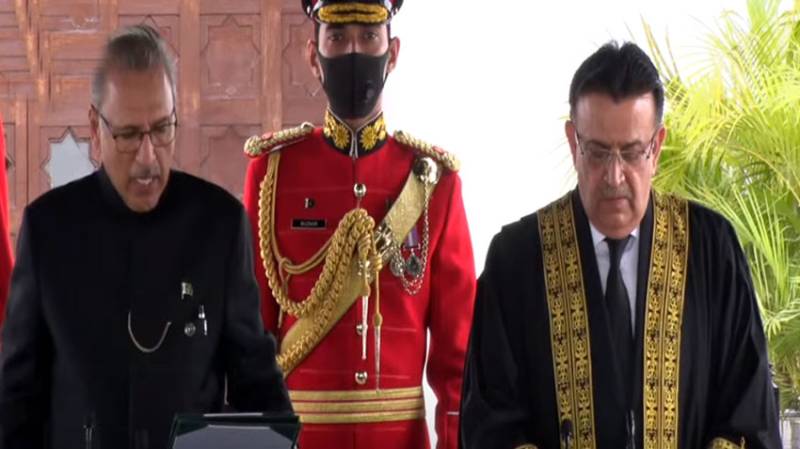 President Dr Arif Alvi administered the oath to the new chief justice of the Supreme Court at a ceremony held in the President House.

Justice Umar Ata Bandial, who is the senior most judge of the Supreme Court, will be the 28th Chief Justice of Pakistan. He has assumed the office of the top judge of the country after retirement of Justice Gulzar Ahmed.

Last month, Ministry of Law had issued notification for the appointment of Justice Umar Ata Bandial as 28th Chief Justice of Pakistan (CJP).

A notification issued by the Ministry of Law and Justice cited “In exercise of powers conferred by clause (3) of Article 175-A read with Article 177 of the Constitution of the Islamic Republic of Pakistan, the President is pleased to appoint Justice Umar Ata Bandial, the most senior judge of Supreme Court, as Chief Justice of Pakistan with effect from 02.02.2022”.

ISLAMABAD – Ministry of Law has issued notification for the appointment of Justice Umar Ata Bandial as 28th Chief ...