Umar Ata Bandial notified as next Chief Justice of Pakistan 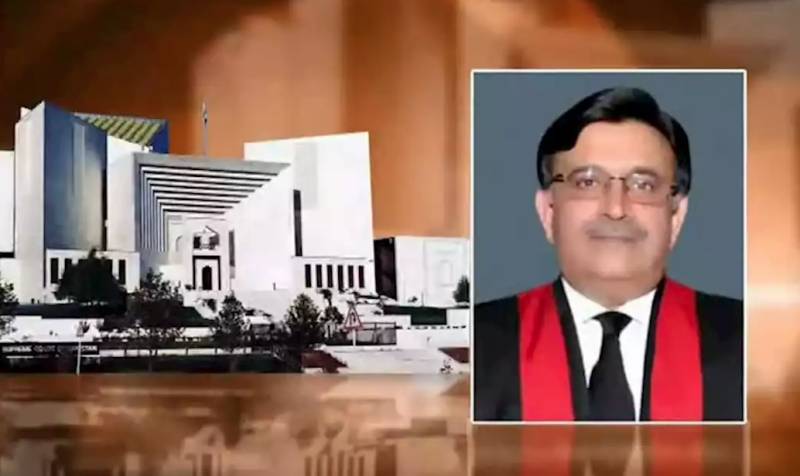 ISLAMABAD – Ministry of Law has issued notification for the appointment of Justice Umar Ata Bandial as 28th Chief Justice of Pakistan (CJP).

A notification issued by the Ministry of Law and Justice cited “In exercise of powers conferred by clause (3) of Article 175-A read with Article 177 of the Constitution of the Islamic Republic of Pakistan, the President is pleased to appoint Justice Umar Ata Bandial, the most senior judge of Supreme Court, as Chief Justice of Pakistan with effect from 02.02.2022”. 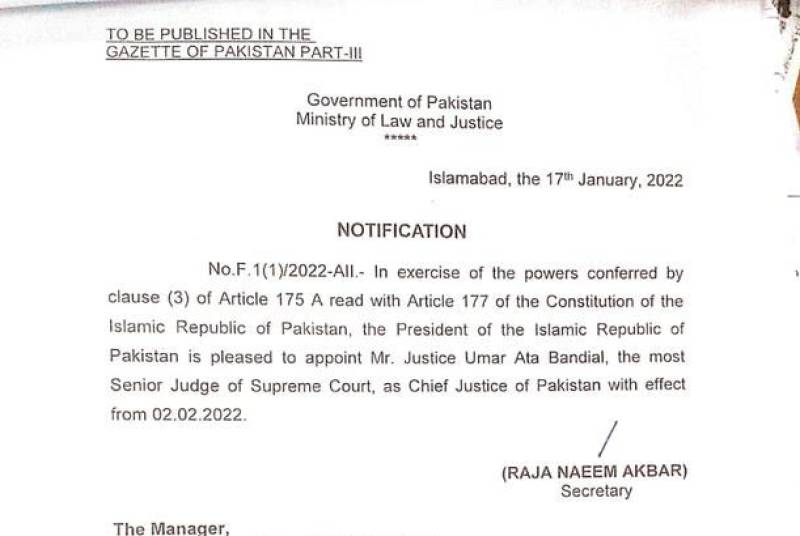 It also added that the notification had been issued following the approval by President Arif Alvi.

Justice Umar Ata Bandial received his bachelor's degree in economics from Columbia University in 1979 and received his law degree from the University of Cambridge in 1981. He had been elevated as an LHC judge on December 4, 2004.

The top judge will take charge of the post until September 16, 2023 – around 19 months from Feb 2022. Following the completion of his service tenure, he will be replaced by Justice Qazi Faez Isa.

ISLAMABAD – Justice Umar Ata Bandial will take oath as the 28th Chief Justice of Pakistan on February 2 as the ...

Meanwhile, the serving CJP Justice Gulzar Ahmed is set to retire from his post on February 1, he took oath on December 21, 2019, replacing Justice Saqib Nisar.