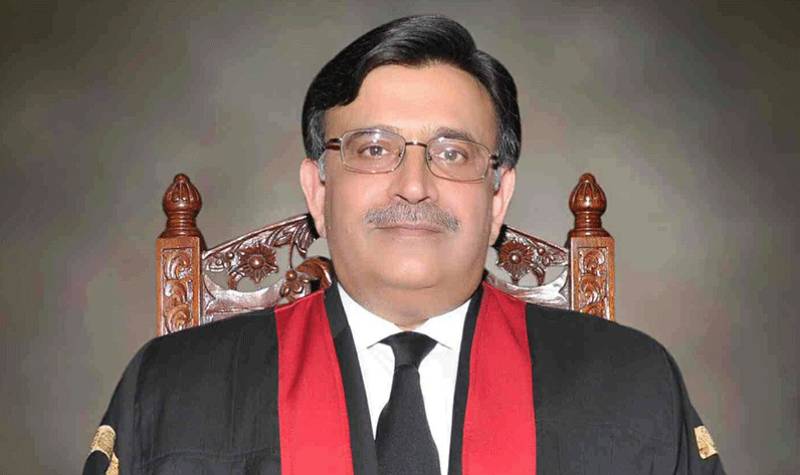 ISLAMABAD – Justice Umar Ata Bandial will take oath as the 28th Chief Justice of Pakistan on February 2 as the current CJP Justice Gulzar Ahmed will retire after working in the top judicial position for more than two years.

The Ministry of Law and Justice has forwarded a summary recommending the appointment of Justice Umar Ata Bandial as new CJP to the office of President Arif Alvi for his approval.

Following President’s approval, the ministry will then issue a notification confirming Justice Bandial’s appointment. The change in command takes place on the principle of seniority in which the puisne judge becomes the chief justice.

CJP Gulzar Ahmad will attain superannuation at the age of 65 on February 1. Supreme Court judges, including the chief justice, retire after attaining the age of 65 years while the high court justices superannuate on becoming 62-year-old under the Constitution.

ISLAMABAD – The Judicial Commission of Pakistan (JCP) has approved the nomination of Justice Ayesha Malik for her ...