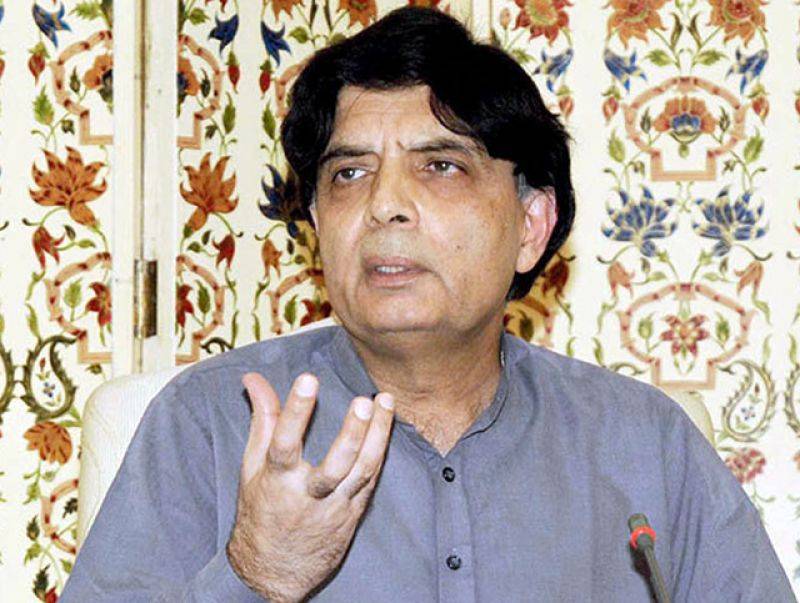 The interior minister took notice of the incident after several media outlets aired reports about the woman. He ordered the Director Immigration and chairman of the National Database and Registration Authority (NADRA) to verify her identity and citizenship on ‘war footing’.

The legislator gave a 48-hour deadline to NADRA and  Passport Directorate to unearth details regarding her identity.

"If Rubina is Pakistani, then the Ministry of Interior along with the Ministry of Foreign Affairs will make arrangements to bring her back to Pakistan," the interior minister said.

Earlier, it was reported that Rubina went to India in 2012 for treatment of asthma. She was accompanied by her husband and infant daughter but afterwards, Rubina’s husband allegedly abandoned her and their daughter in New Delhi, taking away her passport, visa and money.

Some locals, in a gesture of kindness, gave her some money to travel to the Wagah border so she could return to Pakistan. However, she could not enter Pakistan apparently due to non-availability of travel documents.

Rubina also took the route of Indian-Occupied Kashmir to enter in Pakistan but to no avail. At that time, she was then nabbed by Indian security forces on November 6, 2012 and was put behind bars in IOK’s Kot Bhalwal jail.