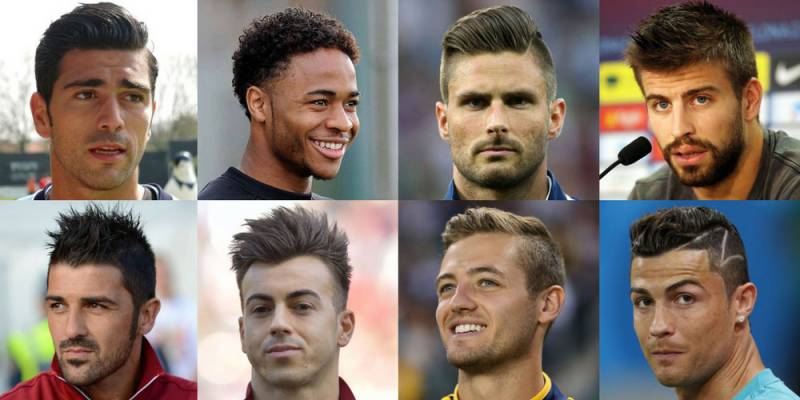 MOSCOW- Football is worldwide like sports and when it comes to fan-following many soccer players are the men of dreams for their fans and followers.

This year superstars Neymar and Messi may have disappointed in their opening performances at the Fifa World Cup soccer tournament in Russia, as well as many new faces have caught the eyes of the fans. Let s have a look at some of the hottest soccer players this World Cup:

Rbuerki has nearly 600,000 Instagram followers, the Switzerland goalkeeper went to the 2014 World Cup in Brazil, but had to wait months later to make his international debut. The 27-year-old, who plays for German club Borussia Dortmund.

The youngest player in the Morocco team is out on loan at Ittihad Tanger, from Moroccan giants Wydad Casablanca.

Falcao has missed the last World Cup because of a knee injury. The Monaco-based striker is not holding back this time and looks even sharper with short hair rather than his flowing long locks.

Wallace has spent most of his professional career in the United States after moving there at the age of nine. Now playing for New York City, the father of a daughter has finally realised his World Cup dream. It’s never too late.

The Aston Villa central midfielder, nicknamed “Iceland’s Thor” for his impressive physique and golden hair, was one of the stand-outs as Iceland heroically held one of the pre-tournament favourites Lionel Messi’s Argentina in their opening game.

Iceland, with a population of only 300,000, was the surprise package of the 2016 European championships, beating England on their way to the quarter-finals, and threaten to do the same in Russia.

The World Cup is happening in Russia, Cant wait to see the final and Champion of  Football World Cup 2018.