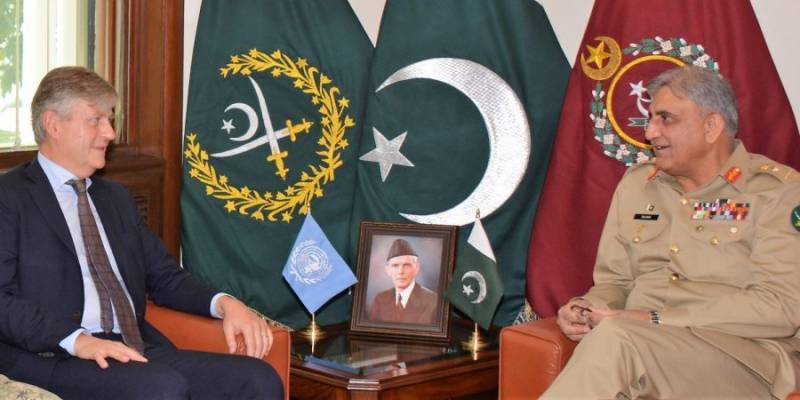 During the meeting, General Bajwa said that Pakistan would continue to play an effective role for the United Nations’ (UN) peacekeeping operations.

The visiting dignitary hailed Pakistan’s support for the UN operations saying “we value the sacrifices of Pakistani nation”.

RAWALPINDI - The United Nations has hailed role of Pakistani troops and civilian personnel who served in UN Mission in ...

He was talking to a delegation, headed by Under-Secretary-General, United Nations Department of Peacekeeping Operations, Jean Pierre Lacroix which called on the Minister.

He said the contribution of police personnel under UN peace mission enhances their professional skills and capabilities.

The Under Security appreciated the role of Pakistan in UN international peace mission and said contribution of Pakistan for the purpose are acknowledged worldwide.

He also praised services and professional capabilities of Pakistan police in the peace mission.