Imran Khan not to attend NA budget session on Friday 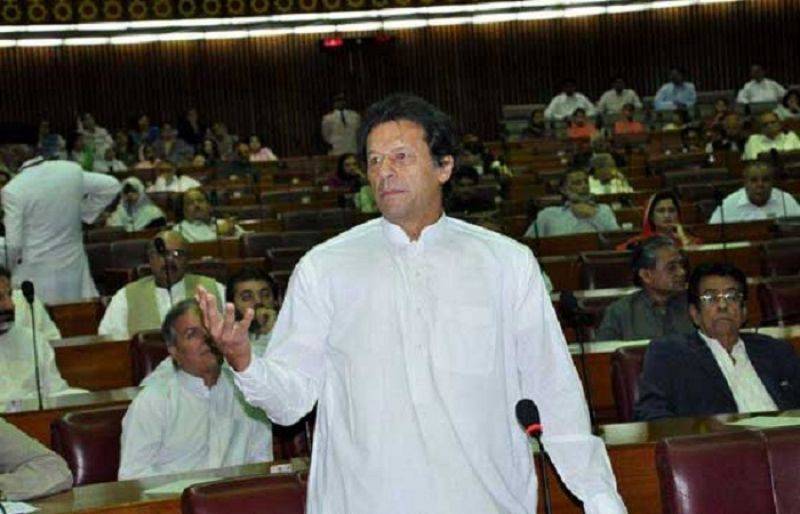 ISLAMABAD (Web Desk) - Pakistan Tehrik-e-Insaf (PTI) Chairman Imran Khan is likely to avoid the budget session of the National Assembly to be held on Friday.

According to sources, the majority of PTI leaders have recommended that the party chief not attend the budget session.

Related: Federal budget 2016-17 to be presented in Parliament today

The Pakistan Muslim League (Nawaz) PML-N is presenting its fourth budget after coming into power in 2013.

Asad Umar, a PTI lawmaker, will instead respond to Dar's speech.

Earlier, the Prime Minister (PM) Nawaz Sharif had approved the budget in a meeting which he chaired from London via Skype.

The PTI chairman has been very vocal about the Panama Papers issue which he believes is only a tip of the iceberg as far as corruption in Pakistan is concerned.