VIDEO: Centaurus being flooded during deadly storm in Islamabad 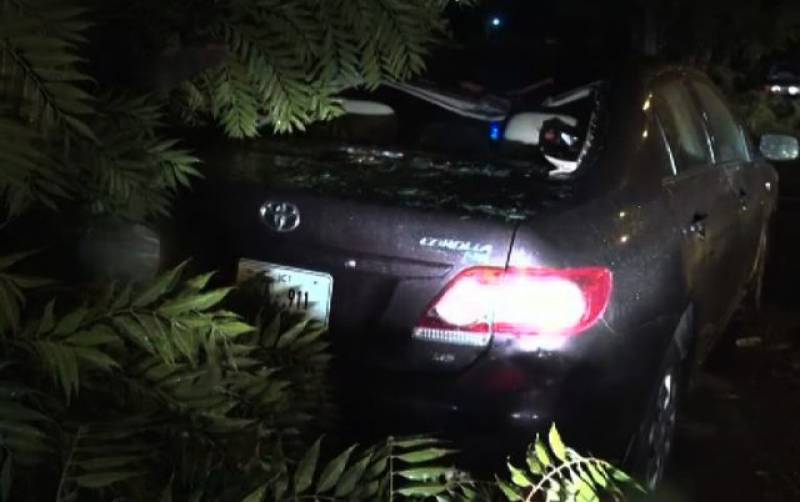 As gusty winds swept across the twin cities at an average speed of 120 km/h, a portion of Centaurus' glass roof collapsed while the mall was still open, causing panic among the shoppers.

Many of those inside captured the horrific scenes of the incident and as the footage went viral, residents of the twin cities began taking their frustration out on the administration of the mall for its shoddy infrastructure.

Some locals also told Daily Pakistan that the lack of emergency escapes and exits in the mall, in violation of building code regulations, further compounded the situation.

Residents of Islamabad and Rawalpindi faced a powerful storm last night, leaving almost a dozen dead and many injured in addition to causing widespread devastation.

In the aftermath of catastrophe, domestic flights were suspended at Benazir International Airport while electricity supply was interrupted in various parts of the twin cities.

In a press statement, the Meteorological Department said that a westerly disturbance was affecting upper parts of the country and was likely to persist till Friday.