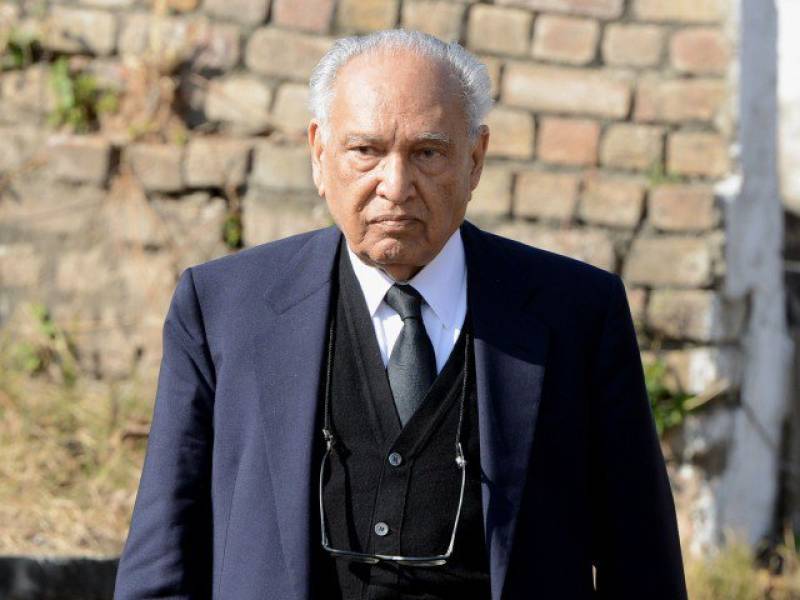 KARACHI - One of the most senior lawyers in the country, Sharifuddin Pirzada, breathed his last at the age of 94 years, here on Friday.

Pirzada who was born in 1923 served as secretary to Pakistan’s founding father Muhammad Ali Jinnah in the 1940s. He became attorney general for both Yahya and his predecessor Ayub Khan and served in the capacity of foreign minister as well.

The veteran lawyer who was most recently the counsel for former president General (retd) Pervez Musharraf in the treason case against him, was considered the top constitutional expert of the country owing to his experience stretched over a span of over five decades .

After the news of senior lawyer's demise, the Sindh High Court decided to discharge all the boards. Important cases in the high court will be heard inside the judges' chambers.

As soon as the news of Pirzada's demise made waves across the country, lawyers and journalists paid rich tributes to him through micro blogging site Twitter.

A master lawyer,wise adviser and partner of all schemes of regime changes in Pak Sharif ud Din Pirzada passes away, end of an era... #RIP