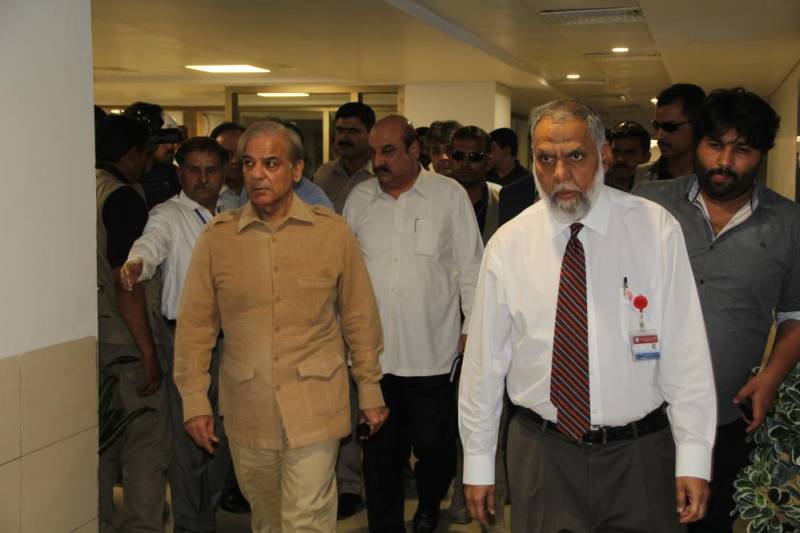 During the hearing of a case related to the facility on Saturday, the top judge asked Dr Saeed, the President and CEO of PKLI as to why he had hanged a picture of Pakistan Muslim League Nawaz leader in the building.

"Quaid-e-Azam and Allama Muhammad Iqbal were among the founders of Pakistan but the health facility housed picture of Shehbaz Sharif, which has now been changed," remarked the judge.

He clarified that there would be a comprehensive forensic audit of the hospital and concerned officials should get ready for that.

During the hearing, the top judge wondered about the compensation of Dr Saeed and his wife to which he replied that it was Rs 1.2 million and Rs 0.8 million per month.

Mian Saqib Nisar asked the medic that whether he distributes money to media outlets for sponsored shows?

Additionally, he provided two documents to Dr Saeed and directed him to appear before the bench with answers on the next hearing, scheduled on Sunday.