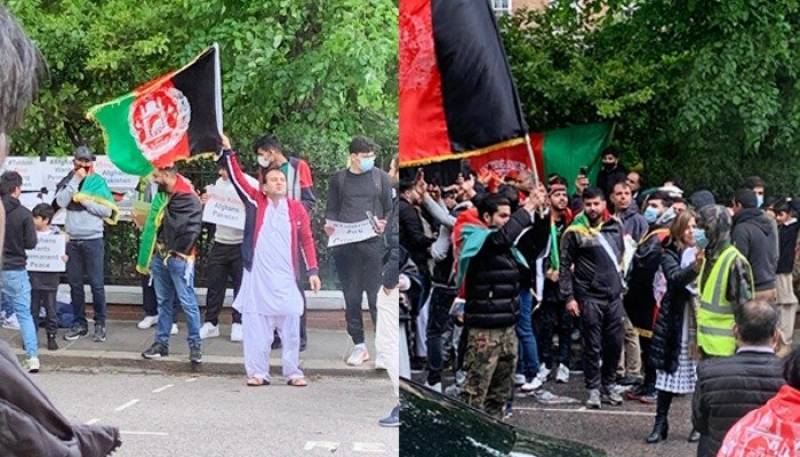 London police said that the Pakistan High Commission’s concerns related to an attack on its building by a group of Afghan protestors last month.

A spokesperson of the Metropolitan Police said that a unit designated for the protection of diplomats is handling the matter.

On May 23, the charged Afghan protesters, who had gathered on the call of a group named Watan, pelted the high commission’s building with stones and water bottles in the police presence.

“We are in touch with the embassy and addressing their concerns directly. We would not discuss matters of operational security with those outside of the diplomatic mission,” Geo news cited the spokesperson as saying.

Separately, a British government source has confirmed that it received a complaint from the Pakistan High Commission in this regard.

Footage of the protest shows several demonstrators throwing objects at Pakistan High Commission’s premises located in the Lowndes Square, Knightsbridge while chanting offensive slogans. The police could be seen trying to stop the protesters from entering the building.

Speaking to the Pakistani media, the spokesperson for the Pakistan High Commission said that a complaint has been filed with the British government to take action against those who resorted to hooliganism and damaged the building of the commission.

The spokesman said the video footage of the damage has been shared with the authorities and a request for strict security arrangements has been submitted.

The Watan group’s spokesman had also confirmed that it had staged the protest to denounce the Afghan peace process.

A protest had also been simultaneously held outside the Qatari embassy in London against Qatar’s involvement in the ongoing peace process but the protest there remained peaceful.

LONDON — A number of Afghan protesters staged a demonstration outside the Pakistan High Commission building in ...