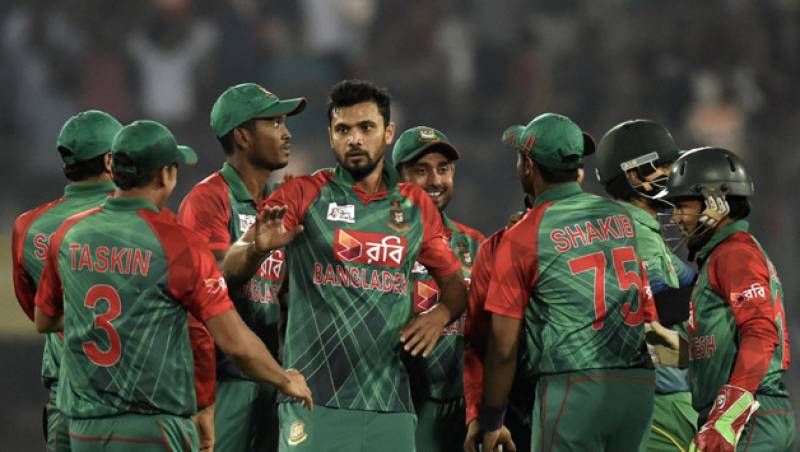 MIRPUR (Web Desk) - Bangladesh beat Pakistan in a thriller to set up final clash with India.

The Bengal Tigers shattered Pakistan's bid to stay in the running to play the final of the Asia Cup after achieving the 130 ruin target with 5 wickets and 5 balls to spare.

Soumya Sarkar was their star as his run-a-ball 48 was pivotal in ensuring that Bangladesh got over the line.

Bangladesh lost the wicket of Tamim Iqbal early in the innings for just seven, trapped in front off Mohammad Irfan.

Man in form Sabbir Rahman then walked in and built a steady 33-run stand with Sarkar. But Pakistan skipper fooled him with a quick one and it went straight through Sabbir to clean him up for just 14.

With this defeat, Pakistan has lost 12 out of 13 times it was restricted under 130 runs when playing the first innings in a T20.