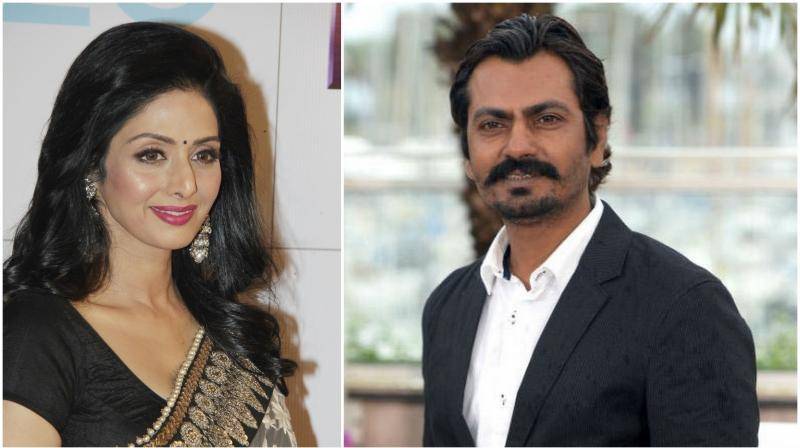 MUMBAI (Web Desk) – This film is being planned for the actress by her husband Boney Kapoor.

The producer, who has already green lit the project starring Sridevi, has roped in Nawazuddin Siddiqui to play a prominent role in the same.

Nawaz, who will be seen sharing screen space with this superstar for the first time, revealed that the film is a thriller with him doing a sort of special appearance, bollywoodhungama reported.

While he is excited about the fact that most of his scenes are with Sridevi.

Adding that his schedule would wrap-up in a span of 15-20 days, Nawaz is currently on the prepping mode and spending some time with the director of the film Ravi Udyawar for the same.

Though the actor maintained that his role is an important one, he remained reserved about the character he will be seen playing.