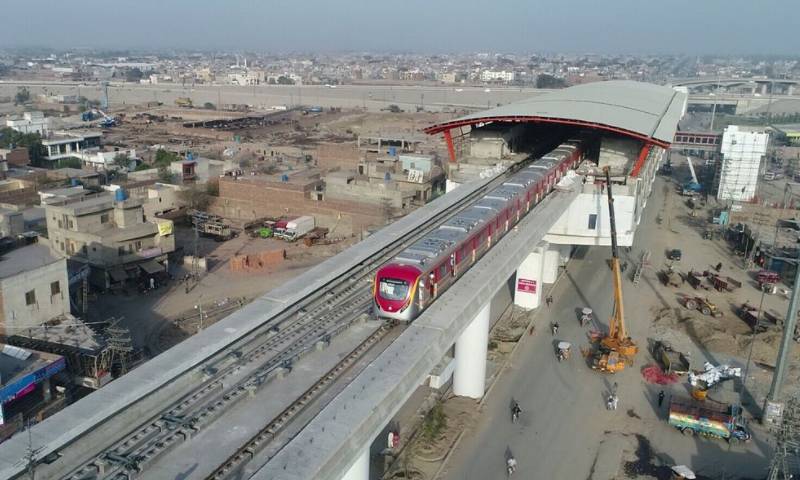 LAHORE - A station of the under-construction mass transit project, Orange Line Metro Train, was damaged after a gas cylinder exploded in a nearby shop on Tuesday.

The explosion occurred in a shop near the University of Engineering and Technology on GT Road, Lahore, due to a gas leakage, local media cited police officials.

The blast damaged not only the shop but also hit the station, where interior work is being completed by the workers. However, the blast has not caused significant damage to the station.

A passerby received injuries in the incident and has been shifted to a hospital for treatment by the rescue officials. Following the blast, police, forensic expert and other investigators reached the spot.

LAHORE - The Orange Line Metro Train (OLMT) project was run on a trial basis on Monday. The train, as part of its trial ...

The project, which is financed separately from CPEC, will be Pakistan's first modern rail-based mass rapid transit system and will be a fully automated and driverless system. It will be Lahore's second rapid transit line, after the Lahore Metrobus, which was completed in 2013.