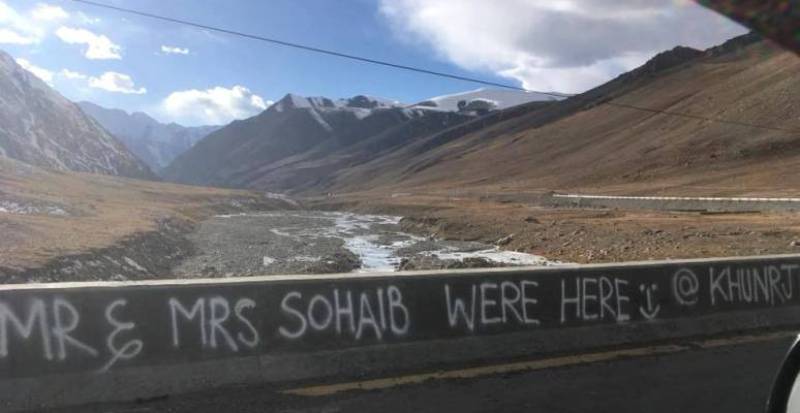 LAHORE - Clean streets and roads do not only depict the beauty of the country but also show the discipline of the people living there.

But, in Pakistan, we usually saw roads and streets imprinted with different political slogans, names of failed lovers with heart pictures and other advertisements.

A user shared a picture on social media website, Facebook, in which a couple has marked its visit to Pakistan's tourist site Hunza in Gilgit-Baltistan by staining the clean wall alongside a highway surrounded by beautiful mountains.

The couple wrote on the wall " Mr & Mrs Sohaib were here @ [at] Khunjrab". They might be informing their relatives about their tour but instead became the target of social media ire. 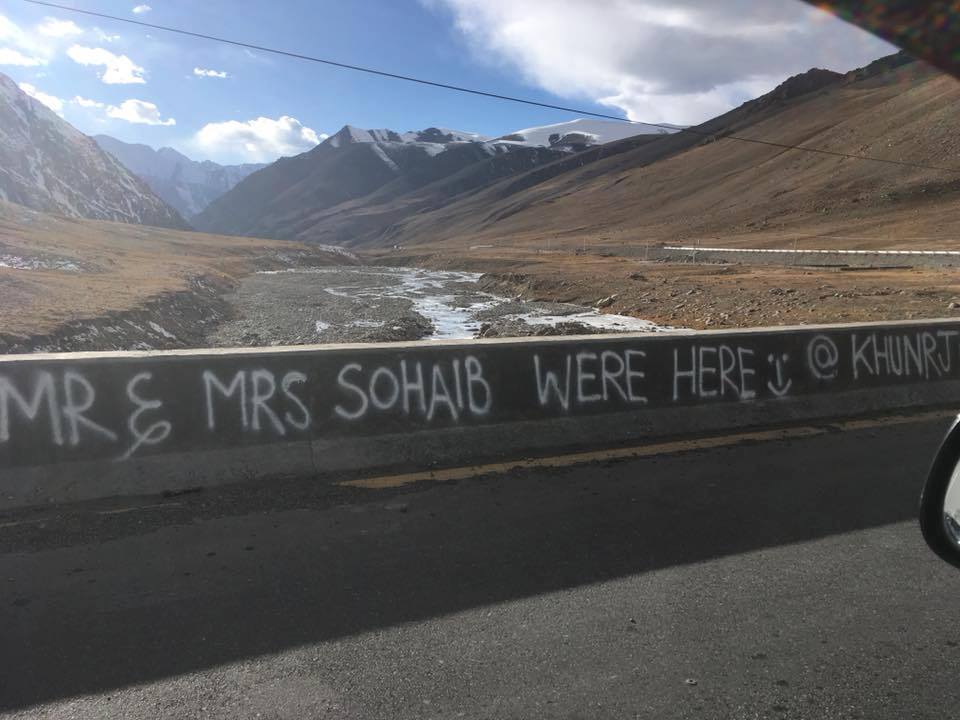 A user named Maher Jabeen says, "we are very much concerned about the beauty of this area, which has got spoiled by filthy Mr and Mrs".