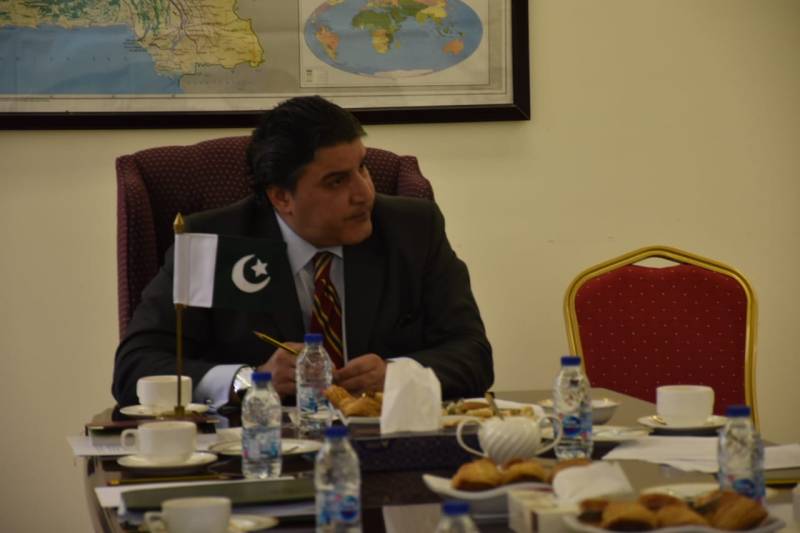 The talk was held in a candid environment and also included a question-answer session.

The ambassador talked about the genesis of Kashmir dispute and highlighted United Nations Security Council resolutions that promised the right of self-determination to the people of Jammu and Kashmir. 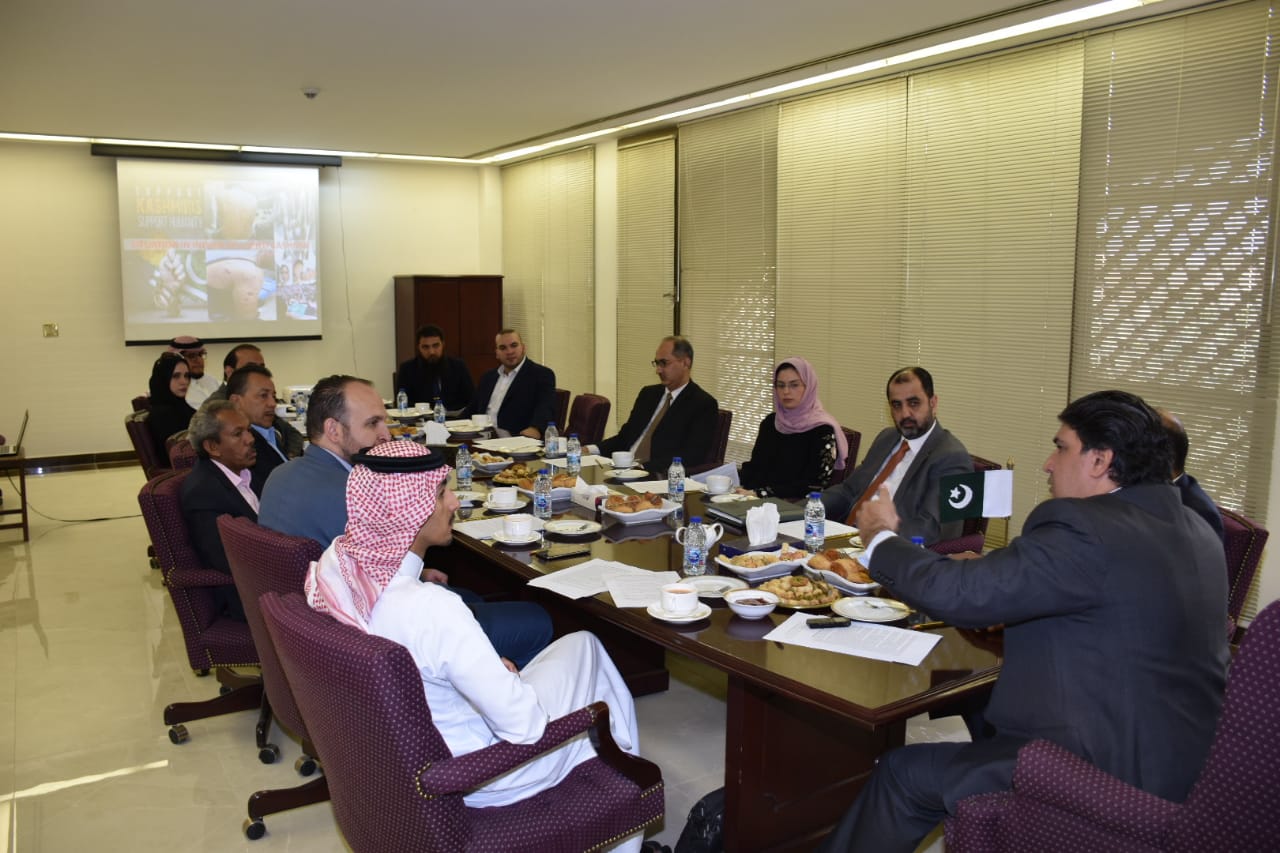 The Envoy emphasized that even the Indian Prime Minister Nehru made a commitment to decide the fate of the state as per the will of the people of Jammu and Kashmir but Kashmiris were betrayed.

Nonetheless, the Kashmiris persisted with their valiant and just struggle for theirs rights till today, the envoy stressed.

The ambassador emphasized that Indian decision to repeal article 370 of the constitution is primarily meant to change the demography of Kashmir. However, the worst part is the restrictions in movement and communication; it is literal imprisonment of eight million Kashmiris in their homes. 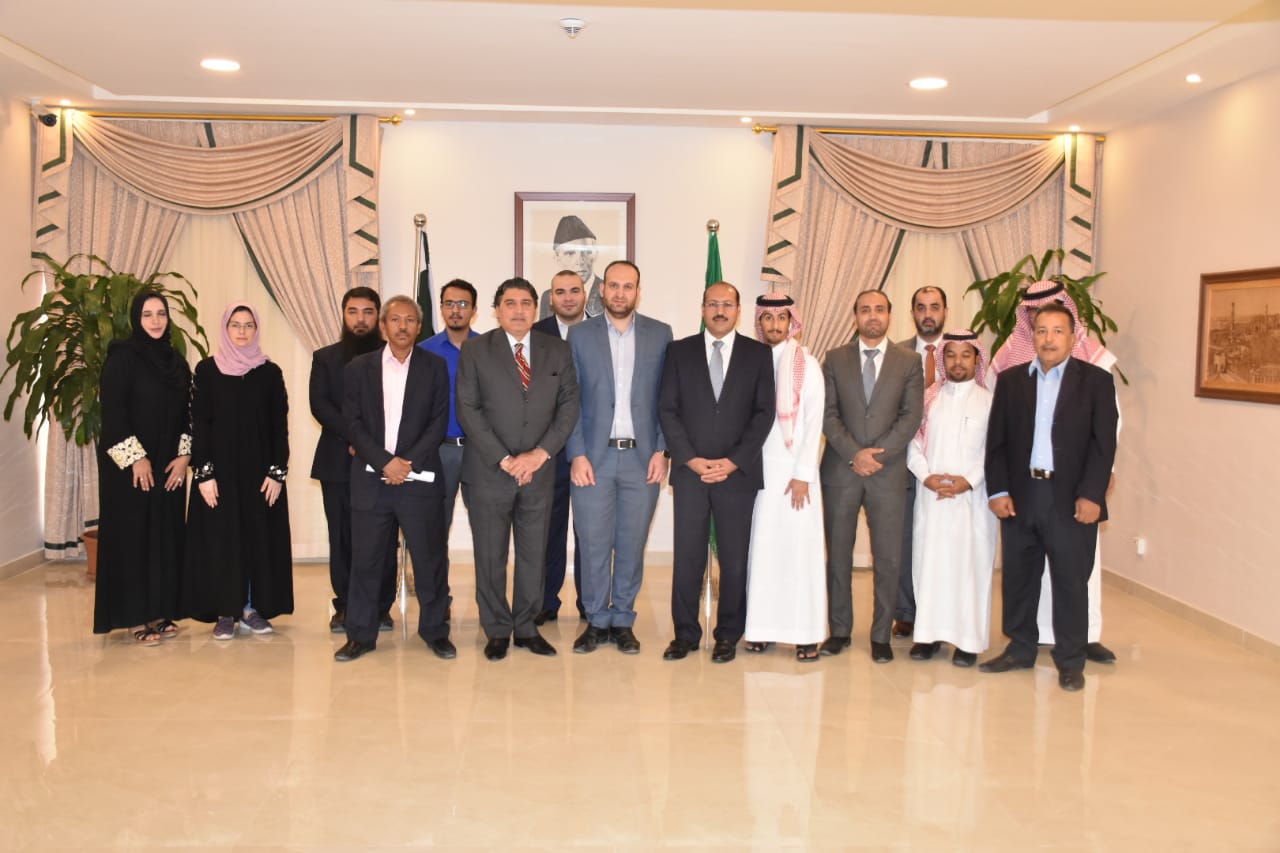 The ambassador reiterated that Pakistan will continue to provide political, diplomatic and moral support to Kashmiri people and nobody should doubt the commitment of Pakistan.

The unequivocal support of  Prime Minister Imran Khan for the Kashmir cause in the United Nations General Assembly represents the sentiments of Pakistanis and Kashmiris, he said.

The ambassador thanked the custodian of the two holy mosques, HM King Salman bin Abdulaziz and Crown Prince HRH Muhammad bin Salman for their support for the oppressed people of Kashmir.

Moreover, the Ambassador expressed gratitude to the Organization of Islamic Cooperation (OIC) and member countries for their continued support against human rights violations in Jammu and Kashmir.