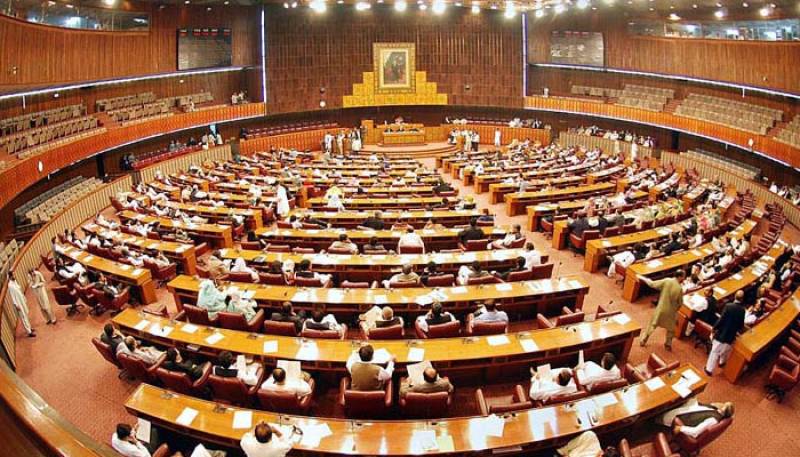 The resolution moved by Minister for Kashmir Affairs Ch Barjees Tahir said the House also denounces the violent, criminal and terrorist activities and anti-Pakistan slogans. It took that action should be initiated immediately against those who resorted to such deeds.

The House in its resolution also expressed solidarity with the Parliament, armed forces, judiciary, media and all other democratic institutions working under the constitution.

In his remarks on the occasion, MQM leader Dr Farooq Sattar said that the party disassociated itself from its founder following his controversial statement against the nation. He said that the party should not be pushed to the wall on the act of one individual.

He said the MQM is a pro-Pakistani party and has distanced itself from those who raised slogans against the country. He said there is now need to embrace those who are chanting slogans of Long Live Pakistan.

Minister for States and Frontier Regions Abdul Qadir Baloch said the MQM Chief in fact has never accepted Pakistan and his acts and statements are a clear proof of it.

He said come what may nothing against the Pakistan's security and dignity will be tolerated. He welcomed the decision of MQM to disassociate itself from Altaf Hussain.

The House will now meet on Monday at 5pm.