Massive fire breaks out at manufacturing factory in Kentucky 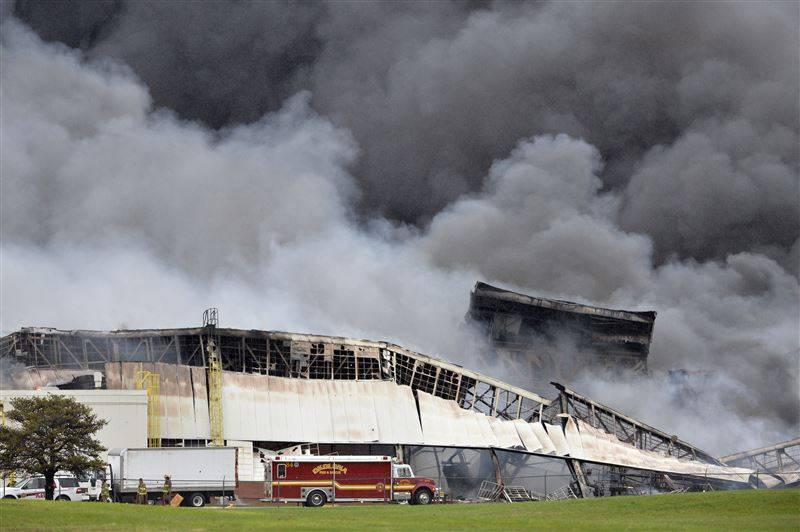 LOUISVILLE (Agencies) – A fire has erupted at General Electric's Appliance Park in Louisville, Kentucky, shutting down production at the sprawling manufacturing center that employs thousands.

The fire broke out Friday morning in a nonproduction building, creating huge columns of smoke as more than 100 firefighters battle the blaze.

GE spokeswoman Kim Freeman says there are no known injuries.

She says the building engulfed in flames was used for offices and storage and is used by a private supplier distribution center.

Local media outlets report that the cause is not yet known.

GE makes a range of appliances at the facility, including washing machines, dryers, dish washers, refrigerators and water heaters.