'Thank you Pakistan': Shahid Afridi steps down from T20 captaincy 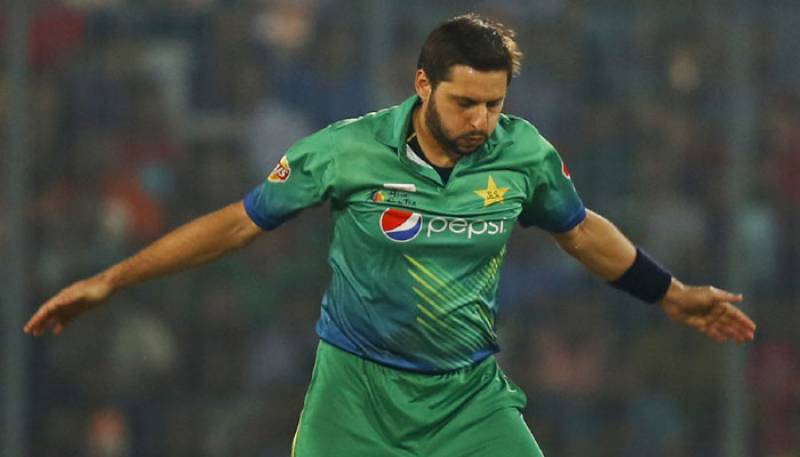 LAHORE (Staff Report) - Shahid Afridi has announced to step down as captain of Pakistan Cricket Team in limited-overs, making himself available as a T20 player only.

“Today I wish to inform my fans in Pakistan and all over the world that I am relinquishing the captaincy of the T20 Pakistani team of my own volition,” a press release said.

However, the player who represented Pakistan in 27 Tests, 398 ODIs and 98 T20Is, vows to carry on playing for the country as a player.

“I would also like to inform that InshAllah I intend to continue to play the game for my country,” he said further.

The 36-year-old cricketer faced severe criticism after the team’s dismal show in the recently concluded Asia Cup and ICC World T20, where the Green Shirts managed to win only three out eight matches.